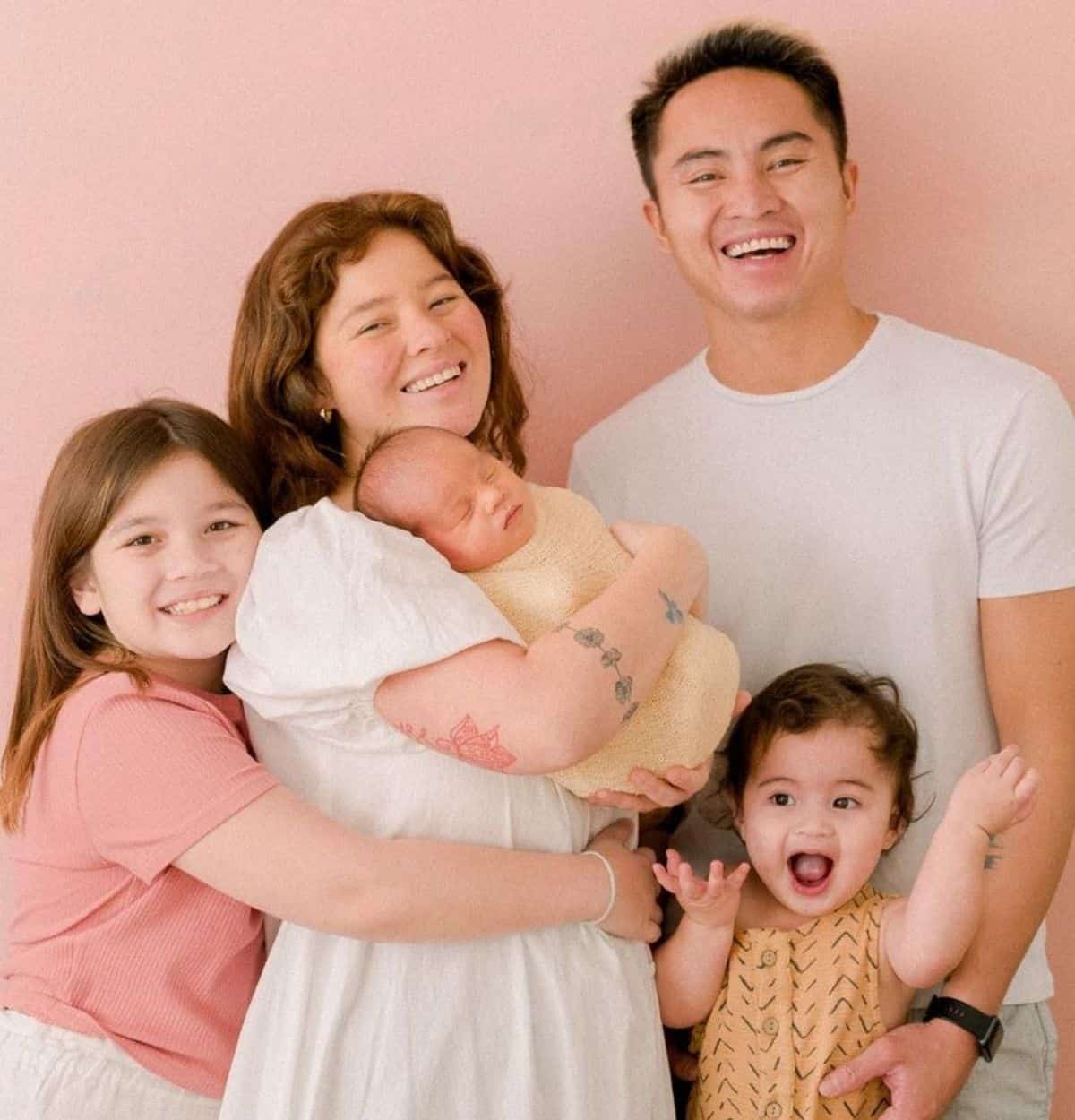 Andi Eigenmann is the happiest with her little trooper!

The mom of three took to social media to share how baby Koa looks like now that he’s two months old. In her Instagram post, she talked about officially moving to Siargao and readjusting to the island life with a new baby around.

“A lot has happened in the last couple of weeks — from finally (and officially) moving to the island and having to readjust this time with three kids,” she started.

Andi also shared that her second daughter Lilo got sick and with the current state of the world, it hasn’t been the easiest for her family.

“It hasn’t been the easiest for the fam but this little guy has just been a trooper. He’s been so wonderful and lovely and no matter how tiny he still may be, he has already been making life in general so much sweeter,” she wrote.

Andi, her fiancé Philmar Alipayo and their kids recently moved back home to Siargao after months of being “stuck” in Manila.

“After (eight months for me and Lilo, four for @chepoxz and one year for Ellie), the happy island fam has finally made their way back to Siargao!” she said.