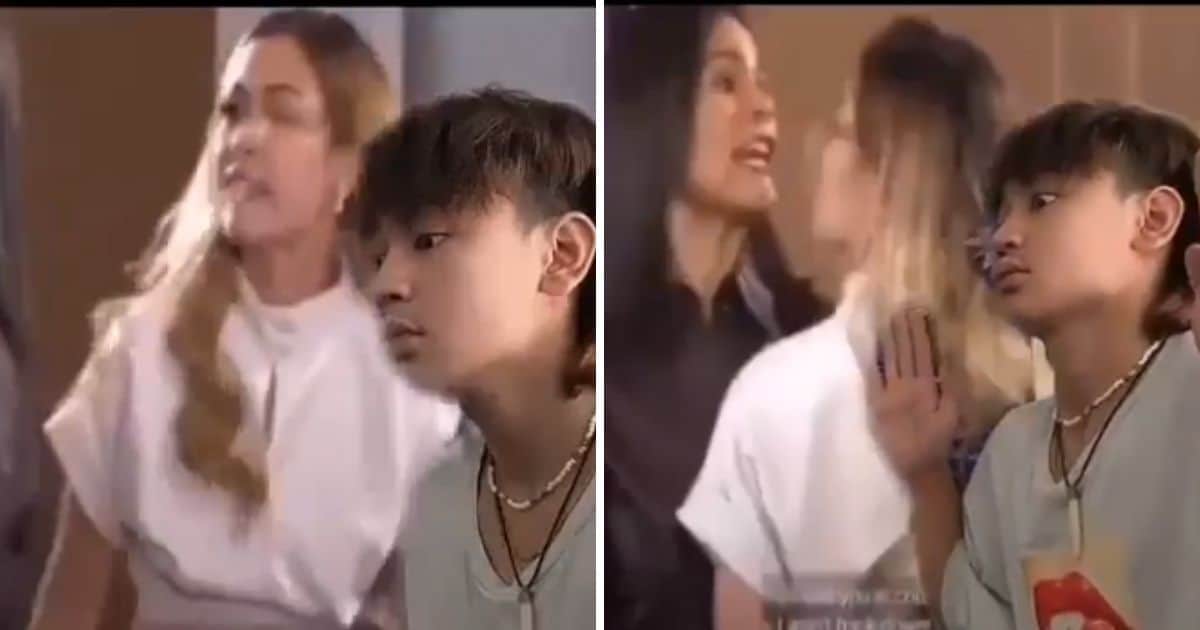 Jodi Sta. Maria had a good laugh after seeing her son Thirdy’s reaction to her intense scene with Iza Calzado in the Kapamilya series Ang Sa Iyo Ay Akin.

“This is hilarious,” wrote Jodi in a retweet of her 15-year-old son’s TikTok video showing her and Iza having a heated, physical confrontation.

Thirdy edited himself into the video using the platform’s green screen effect in an effort to “pacify” his mom.

The video brought laughter to netizens and has now garnered more than 300,000 views on Thirdy’s TikTok account.

He even uploaded a Part 2 of the video where he already “sided” with his mom and joined the altercation.

Thirdy is Jodi’s only child with former husband Pampi Lacson.