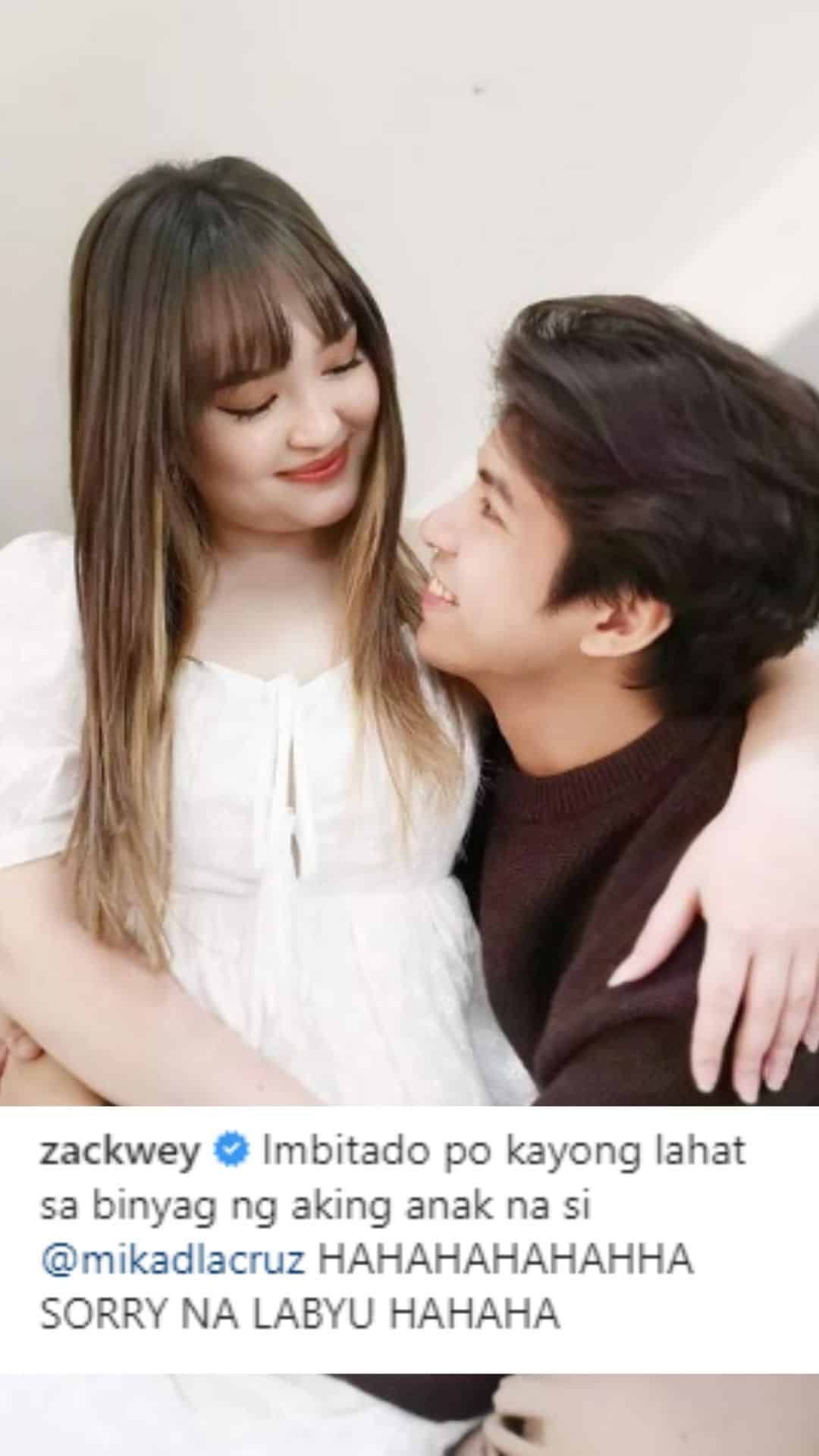 Nash Aguas laughed off the “fake news” that he and girlfriend Mika Dela Cruz are expecting their first child.

The former Goin’ Bulilit star on Monday, March 8, shared a video of him reacting to a YouTube video that claimed Mika is pregnant.

“Imbitado po kayong lahat sa binyag ng aking anak na si @mikadlacruz HAHAHAHAHAHHA SORRY NA LABYU HAHAHA,” Nash jokingly captioned the photo, explaining in the video that he wrote it that way because Mika looked like she was going to be baptized.

The 22-year-old actor was quick to dismiss the pregnancy rumor and advised netizens to be wary of the false information being spread online.

The 22-year-old actress, on the other hand, couldn’t help but laugh at the YouTube video link, which even suggested that she and Nash are excited to have the baby and planning to get married next year.