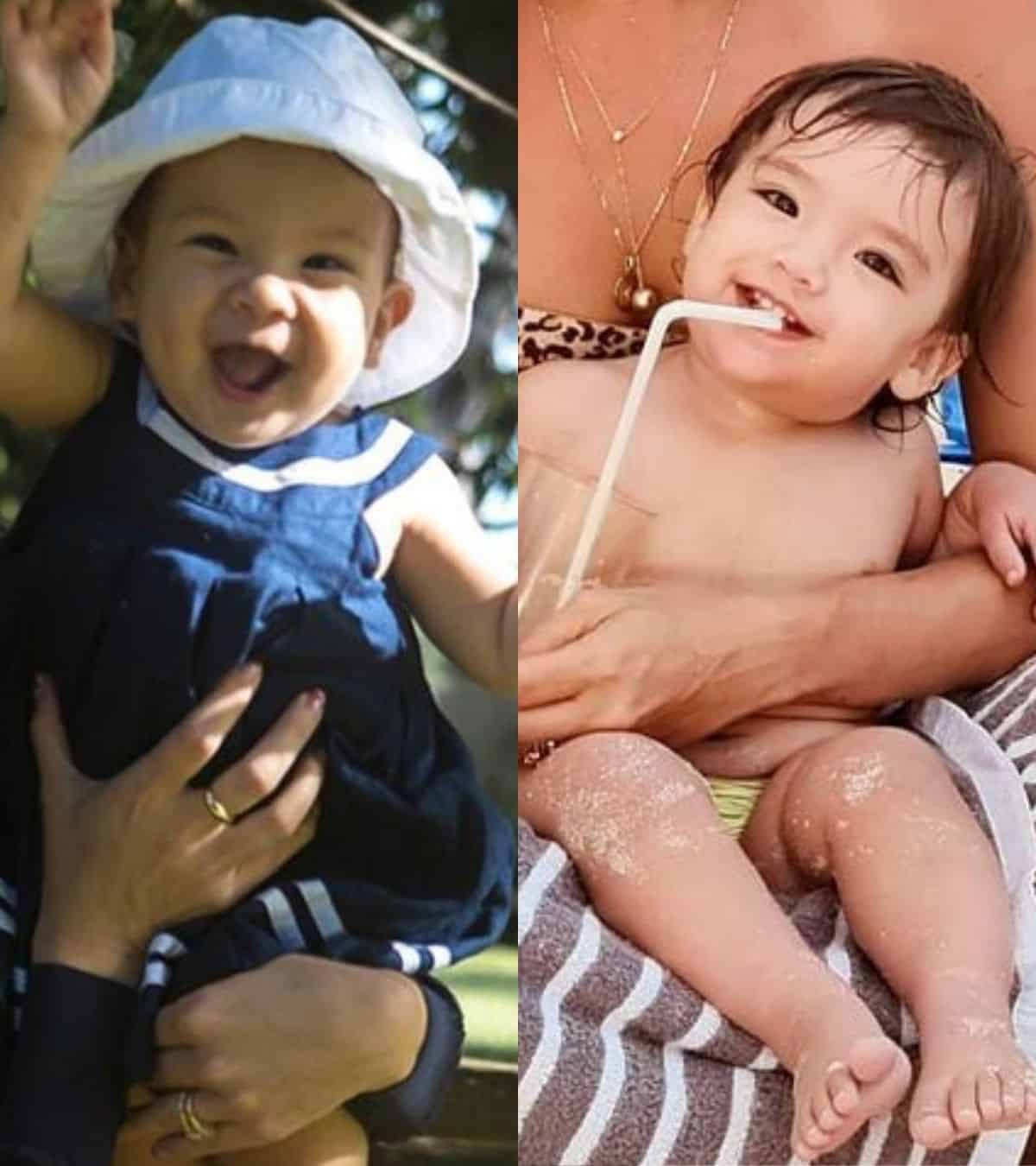 Baby Thylane making “lambing” to her baby cousin Dahlia will put a smile on your face today!

In both clips, Thylane can be heard adorably saying Dahlia’s name.

In the first video, Solenn captured the funny moment when Thylane seemed to be “telling her cousin to get her own toy haha” after Dahlia tried to grab what she was holding.

But as mom Solenn pointed out, Thylane quickly made up it to Dahlia in the second video, where she made lambing to her cousin as well as made her laugh by doing a little goofy face.

It seems the celebrity cousins are making up for the time they spent apart.

Recently, their grandmother Cynthia Heussaff shared a photo of their playtime together.

Dahlia and her parents just recently returned to the Philippines after more than a year of staying in Melbourne, Australia.

Incidentally, Dahlia is turning one year old like her cousin this Tuesday, March 2.