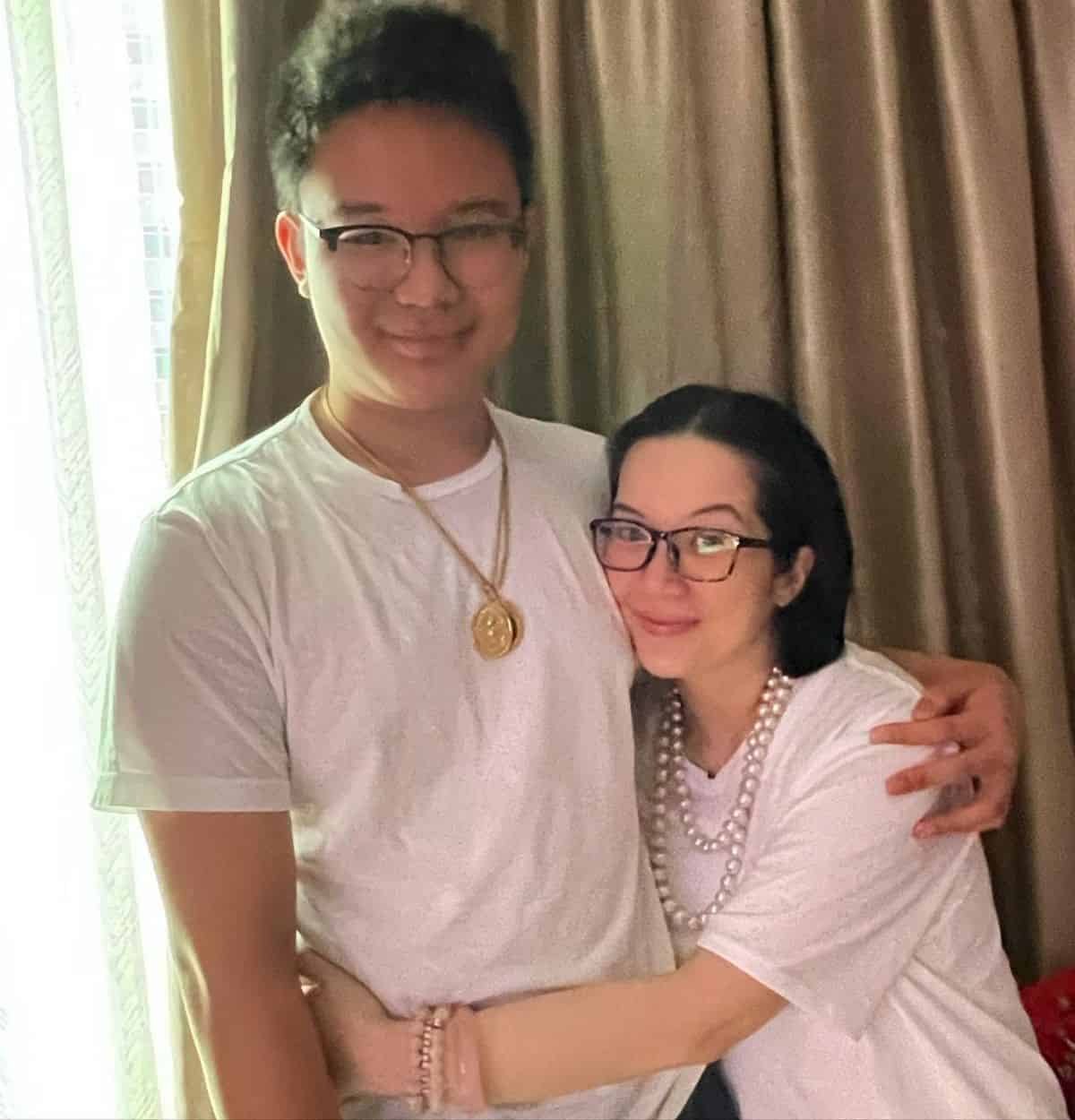 The “Queen of All Media” shared that with the permission of her son Bimby, she is joining the popular dating app Tinder this Friday, February 12 — two days before her birthday on Valentine’s Day, February 14.

According to Kris, her 13-year-old bunso gave her his blessing to create a Tinder profile.

It appeared though that her opening a Tinder account is connected to her endorsement deal with the online shopping platform Shopee, which has an event on February 12 co-sponsored by Tinder.

“Bago kayo mag react, uunahan ko na, hindi ko kayang mag NO sa Shopee, the event is co-sponsored by #TINDER. I asked Bimb’s permission & he said — sure mama, you have my blessings (iba na talaga ang mundo) — so on Friday when I create my profile, jojowain o totropahin nyo ba ko? Ready to swipe right?” she wrote on her social media accounts on Thursday, February 11.

Nevertheless, the 49-year-old TV host and actress has been vocal about her single status.

Despite past heartaches and failed relationships that played out in the public eye, Kris told fans in a recent fun Q&A that she’s still open to finding love and marrying again especially “because ready na si Bimb and most of all ready na ko to give all of this up if he wants a quiet and peaceful life.”

She pointed out that she has always been ready but admitted that what kept her from getting into a relationship in the past was her son.

“I’m always ready — what’s stopping me is because Bimb has only seen the breakups, the tears and the aftermath. I’m afraid for him. I want him to feel that love can last, that love doesn’t cheat, that’s it’s not about money or status, and that love stays through it all,” she said

One thing is for sure, if and when she finds someone, she will not make the relationship public — at least, until it ends up at the altar.

“Because I’ve learned — for as long as he gets Bimb’s okay then, I can take the risk, but unless we’re married he will NEVER appear in any of my posts. Because deserve namin na patibayin ang samahan bago ko siya ipakilala sa inyo. Lessons learned the hard way.”

Meanwhile, Kris has decided to make her birthday a little special by doing “individualized” video greetings for at least 400 people, a project organized by a nephew.

This effort to send out video greetings on her special day made Kris realize that she has “really grown up”.

Kris, who’s hitting the big 5-0 this year on the Day of Hearts, reflected, “I finally realized life isn’t about me — it’s about the unique gift I’ve been given, I know how to connect, start a conversation and be interested in the lives of others.

“Yes, I do talk a lot, but the difference is, I also know how to listen. And in 2021, that’s what we all need — someone who will reach out, show we are significant, we are worth the time and the effort to FEEL that even during uncertain times, they believe we’re special and they actually did something about it.”