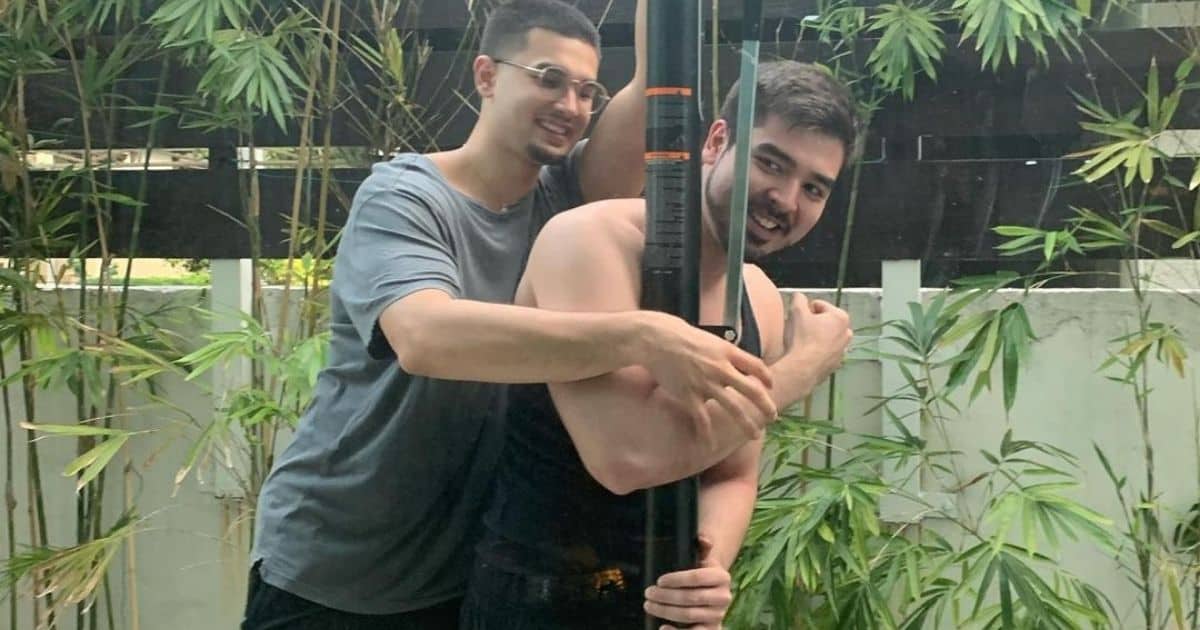 Celebrity mom Jackie Forster had the sweetest reply to these fans who said they wanted to marry her sons — Andre and Kobe — with former basketball player Benjie Paras.

Under her most recent Instagram post advising ladies on how to finally meet the person who will complete their lives, she bantered with some fans who expressed their interest in her celebrity sons.

“You first need to be whole. Pray for someone who accepts the beauty but also the crazy (fun Ha!? Huwag naman psychotic) and the ‘ugly’ side of you — wholeheartedly, lovingly and willingly,” she wrote.

Her post was a photo of her and her current husband Michael Franken enjoying the sun in Boracay.

In the comments section, a fan bravely joked that she is always praying to marry her 23-year-old basketball player son Kobe Paras. Jackie jokingly responded to the fan, asking for her “ticket number” and that she has already rejected 1,247 girls.

Another fan replied that she is interested in her 25-year-old actor son Andre.

Jackie corrected the fan, saying there is no “lang” with her son. “Sobra sobra yun. Like Mama,” she said.

During the lockdown, Jackie has been enjoying the presence of all five of her kids. She has three more kids with Michael — Jared, Caleigh and Yohan.

READ: Jackie Forster treasures having all 5 of her children together

The Paras brothers were estranged from their mother for over a decade. They have finally reunited in 2018.

LOOK: Jackie Forster’s kids get together for only girl’s 10th...

Andre Paras defends stepmom from bashers on her birthday

Jackie Forster treasures having all 5 of her children together