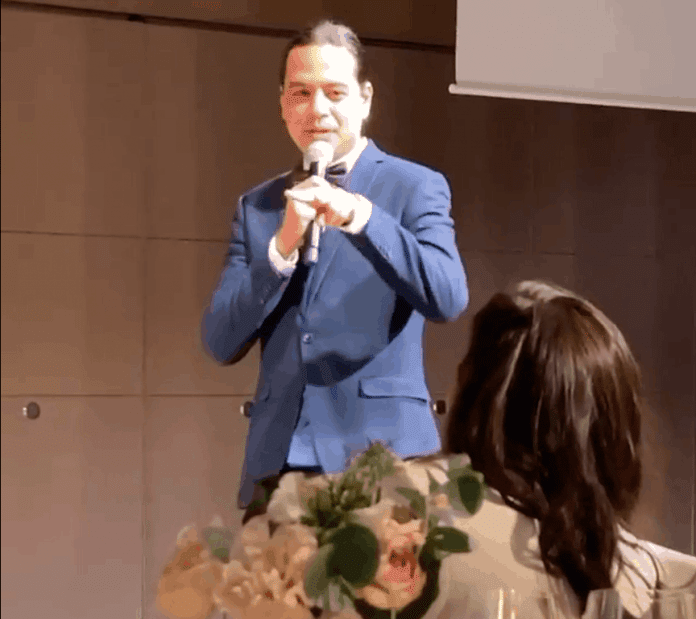 John Lloyd Cruz gave some advice to the newlyweds Vhong and Tanya Navarro during his wedding speech.

TV host Vhong married ABS-CBN writer and longtime girlfriend Tanya Bautista on Thursday at a hotel in Kyoto, Japan. The intimate affair was attended by Vhong’s It’s Showtime family and other celebrity friends like John Lloyd.

John Lloyd and Vhong go way back as friends. They’re former co-stars and fellow members of the Kanto Boys together with Luis Manzano and Billy Crawford.

Perhaps drawing from his own experience as a father to a one-year-old boy named Elias Modesto, the 36-year-old actor currently on leave from showbiz told the couple to start growing a family.

John Lloyd also hoped the couple will follow the advice of the priest who officiated their wedding. He told them to always remember the marriage vows they made to each other.

In 2017, John Lloyd took an “indefinite leave” from showbiz for personal reasons.

The video shared by Dr. Belo was a rare and welcome treat for the elusive actor’s fans who missed seeing him onscreen. Fittingly, it was captioned: “To all of you who miss John Lloyd Cruz, here’s a treat. He still has the charm and dashing good looks.”