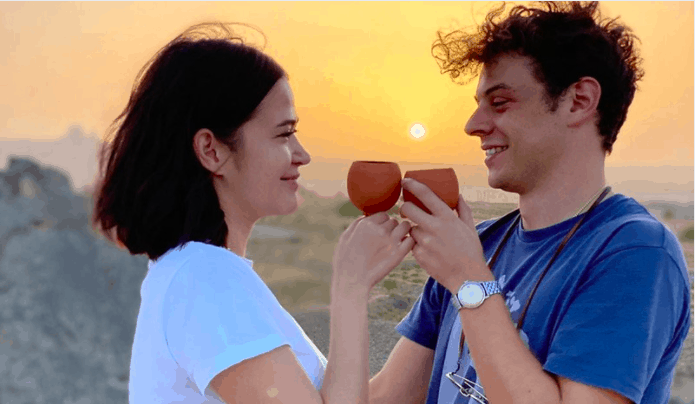 Bela Padilla finally revealed the mystery man she was with on her recent trip to Capadoccia, Turkey.

The actress reminisced about her trip to the district in Turkey, saying it has now become one of her safe havens.

In an Instagram post uploaded today, she finally revealed “the one I met in St Gallen,” Bella said, referencing her 2018 film, Meet Me in St. Gallen, which was shot in Switzerland.

The 29-year-old was photographed with one Norman Ben Bay.

Norman responded to Bela’s post with a simple: “Hi love.”

“Mahal kita,” he wrote in another comment with a heart and kiss emoji.

In another post where she tagged Norman as the photographer of the picture, Bella wrote about her newfound love for the famous tourist destination Cappadocia.

She mentioned that she waited until her swab test results were negative before posting anything from her trip. It seemed like her test yielded a negative result since she has promised that she will be slowly sharing moments from her adventure.

“As seen in this photo, my head is still up in the clouds in Cappadocia. I’m really super thankful that my job takes me to places I’ve never been before or never thought I’d go to,” she wrote.

Bela Padilla is back in Manila with her foreigner boyfriend