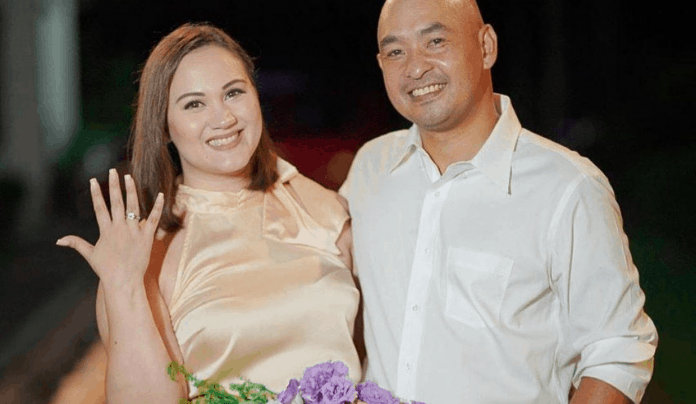 Before meeting Michael, she revealed that she felt like her life was falling apart.

“I was feeling hopeless. I didn’t have as much money as I did before, I was a single mom, I was alone, I didn’t have work and I was scared,” she said.

Melissa recounted how this dark time in her life pushed her to build her relationship with God.

According to her, this newfound relationship with God led her to Jesus the Anointed One Church in Rosario, Batangas.

During one of her visits there, she asked God for someone who would love her and her daughter. She even prayed to meet this person at the same church.

“A few months later, I walk into church, like I did every Sunday along with Kiera, and I sat in front row… right next to Michael,” she wrote.

Two years after, Michael popped the big question in Rosario, Batangas, where they found each other.

In another post, she thanked those who played a part in her relationship with Michael. “It was God who orchestrated our love story but he used many people to do so, “ she wrote.

Melissa also posted a close-up photo of her beautiful engagement ring and a video showing how her special day went.

In the engagement video, Michael shared his side of their love story, from when they were first introduced by church pastors to how he secretly planned the proposal.

Melissa, on the other hand, couldn’t help but turn emotional over the efforts of her now-fiancé.

Check out more photos from her surprise engagement here: