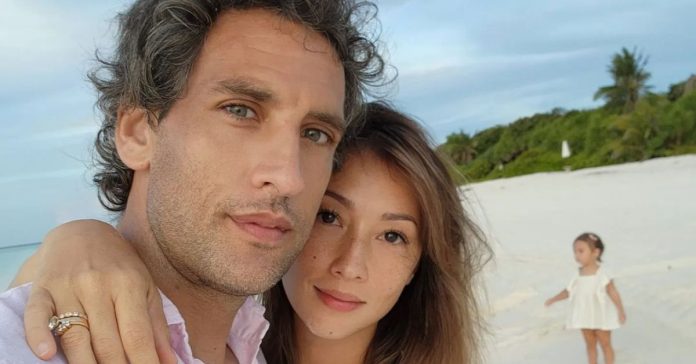 Nico Bolzico reveals ‘the choice’ he makes every day

Nico Bolzico is back at it again with the sweet and funny posts after uploading a special one for his wife Solenn Heussaff.

The Argentinian businessman took to Instagram to share that he has accepted his defeat when it comes to arguments with his other half.

“When you realize you’ll never win an argument again because of the choice you made,” he wrote in the video.

It turns out the choice he made was actually his beloved wife of six years.

His caption read: “The Choice every member of the #BulliedHusbandsClub has made!”

Nico made his post even sweeter when he mentioned he happily chooses Solenn everyday.

It was in late May when the 38-year-old poked fun at his wife for forgetting their wedding anniversary. On a social media post, he penned the cutest message for his wife.

“I officially chose you that day, and I keep choosing you everyday! Happy 6 year wedding anniversary bebu! Te Amo! You forgot, and that is ok!” he wrote.

Nico Bolzico jokes about how he and wife Solenn Heussaff...

LOOK: Solenn Heussaff and her baby girl Thylane are adorable...

‘My reason to wake up every day’: Nico Bolzico pens...

‘Baby no. 2?’: Netizens speculate if Solenn Heussaff is pregnant...