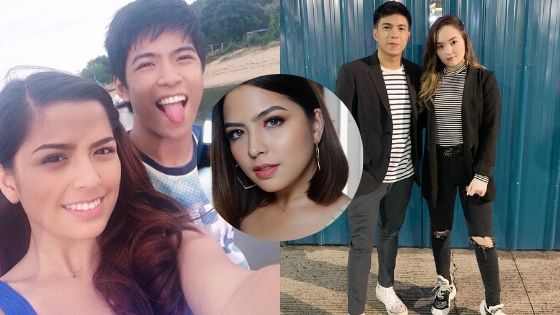 The kids of Goin’ Bulilit, a now defunct Kapamilya kiddie gag show, are all grown up. Years ago, they were just cracking jokes on television, now they’re dealing with relationship problems.

Former Bulilits Alexa Ilacad and Nash Aguas started their “mutual understanding” in 2012 when they were both working on teen comedy series, Luv U. In 2018, their love team “NLex” ended.

In an interview on Tonight With Boy Abunda last Monday, Alexa admitted she was affected by Nash’s Instagram post for girlfriend Mika.

“I saw this post and Nash’s comment saying to Mika na ’13 years and I still love you.’

“Napaisip ako, when I read that 13 years thing kasi, inside that 13 years I was there. So when you say na ‘13 year and I still love you,’ where was I?” she explained.

Alexa admitted that she has always known Mika had a special place in Nash’s heart and that the two were the original “puppy love” in the kiddie show.

“Maybe that hour I cared, but I said to myself, ‘Hmm not worth your time, move on,’” she realized.

She also added that there is no tension between her and Nash.

“But I think, there would be more tension with her (Mika) than Nash,” she said.

Alexa went on to say that she would like to be excluded from the couple’s life.