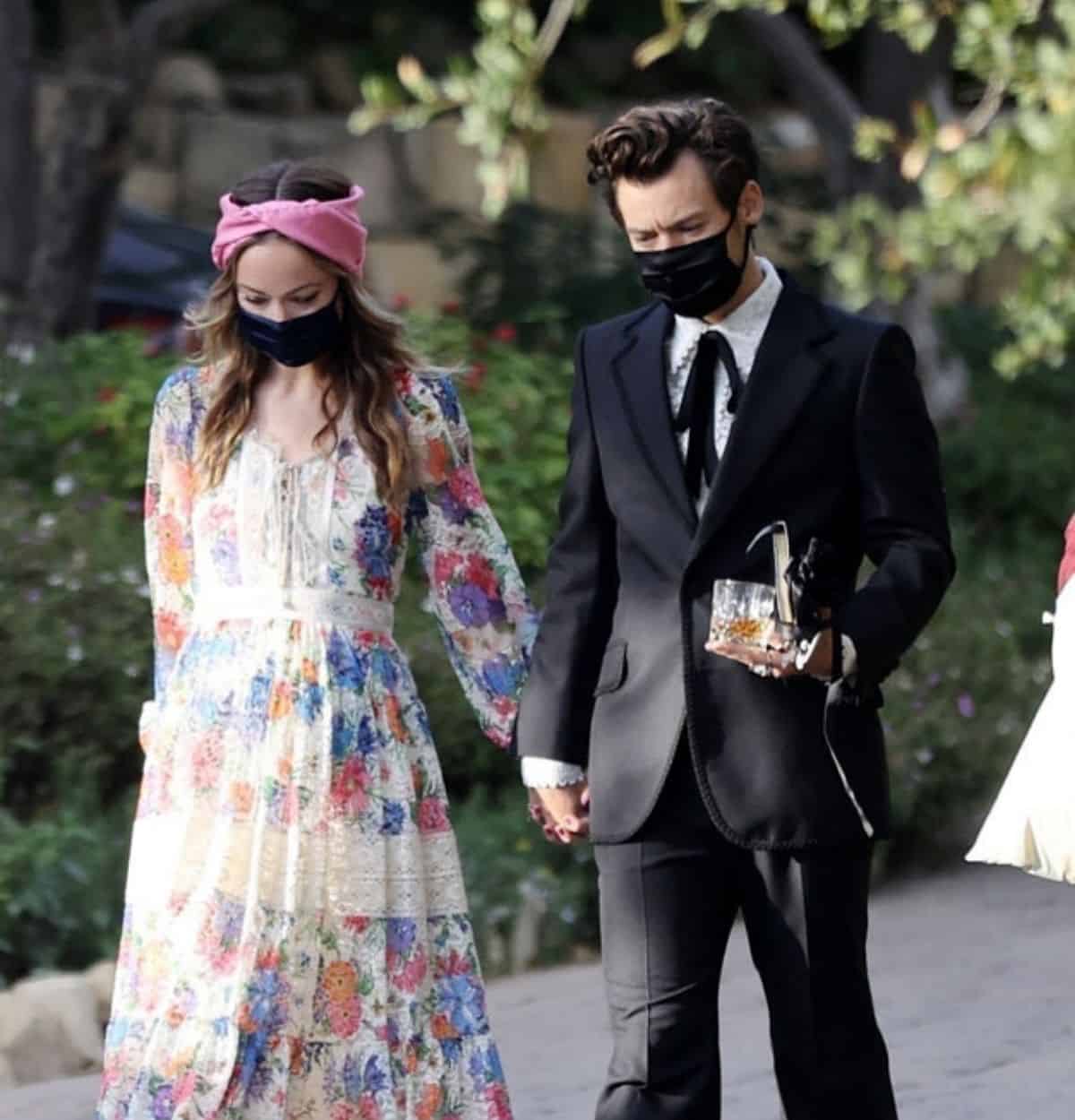 It looks like 2021’s first Hollywood couple is Olivia Wilde and Harry Styles! The 36-year-old actress and 26-year-old singer were spotted holding hands at a wedding in California.

Celebrity and pop culture news site Page Six reported that Wilde and Styles are dating and released exclusive snaps of the “new couple”.

The actress-turned-filmmaker wore a floor-length dress while the former One Direction member wore a black tuxedo. They were reportedly attending the nuptials of Styles’ agent.

Page Six further said that they could have fallen in love on the set of Don’t Worry Darling.

In September, it was announced that Harry will be replacing Shia LaBeouf in one of the lead roles in Don’t Worry Darling, the upcoming film Olivia is directing and producing.

In an interview with Vogue magazine, Wilde said she did a little “victory dance” with the film’s costume designer Arianne Phillips when they found out that Harry’s role in the film was confirmed.

“She and I did a little victory dance when we heard that we officially had Harry in the film because we knew that he has a real appreciation for fashion and style. And this movie is incredibly stylistic. It’s very heightened and opulent, and I’m really grateful that he is so enthusiastic about that element of the process — some actors just don’t care,” she said.