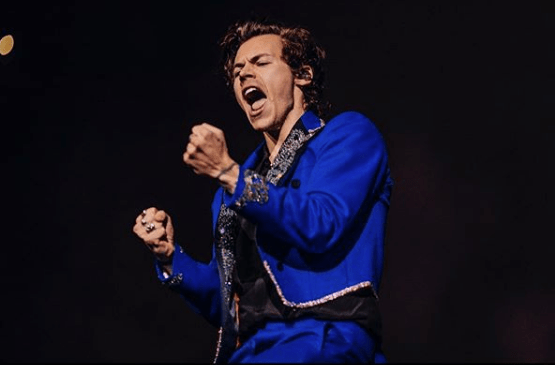 In late-night talk show, The Late Late Show with James Corden, Harry Styles and his supermodel ex-girlfriend were dared to play the famous Spill Your Guts or Fill Your Guts game.

The game features scorpions, salmon smoothies, cow blood and pork tongue, jellyfish and other odd meals ready for them to feast on if they decide to refuse to answer a question they’ve picked out for each other.

This is the singer-songwriter’s first and probably the last time to play the game.

Kendall was asked to rank who the worst parent is in her roster of celebrity siblings. The star avoided drinking a 1,000-year old eggnog, naming her eldest sister Kourtney as the worst parent.

After a series of questions, it was time for Harry’s last one. Kendall has picked the giant water scorpion for him.

“Between Louis, Liam, Niall and Zayn, rank their solo–”

Not letting his ex finish the question, Harry immediately took a bite upon hearing the names of his former bandmates. It seems like he really wanted to avoid the question involving his old pals.

Harry was greeted by cheers and applause from the audience for his endearing act.

One Direction, the English-Irish pop boy band was formed in 2010. The boys went on hiatus in 2016 and pursued their own solo music careers.

“Harry Styles eating that scorpion rather than ranking the boys makes me cry,” a netizen said.

Another said: “The fact that he’d rather eat a SCORPION rather than drag his former band mates is one of the reasons I am in love with Harry Styles.”

“Harry Styles rather eats a water scorpion than ranking the solo careers of his One Direction brothers. Ugh, I can’t with this man. He’s so precious,” another netizen wrote.