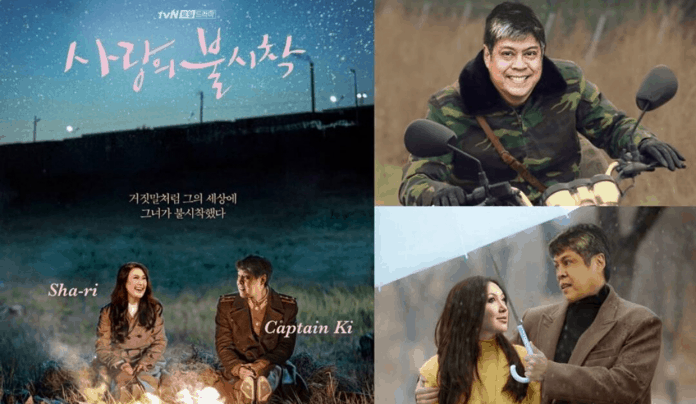 Senator Francis “Kiko” Pangilinan had a fun and sweet way of greeting his wife Sharon Cuneta on their 24th wedding anniversary.

The 56-year-old politico got creative and made him and his wife the lead stars of the hit Netflix series Crash Landing On You (CLOY) — Sharon’s favorite K-drama.

Aside from the edited photos, Pangilinan also had their own take on Captain Ri and Yoon Seri’s names. Him as Captain Ki and Sharon as Sha-ri.

“Happy 24th Wedding Anniversary, to my sweetheart! I love you dearly ❤❤❤ hahaha,” penned Pangilinan in an Instagram post on Tuesday.

The singer-actress also thanked her husband for the “best flowers” she received ever — a pack of chicharong bulaklak.