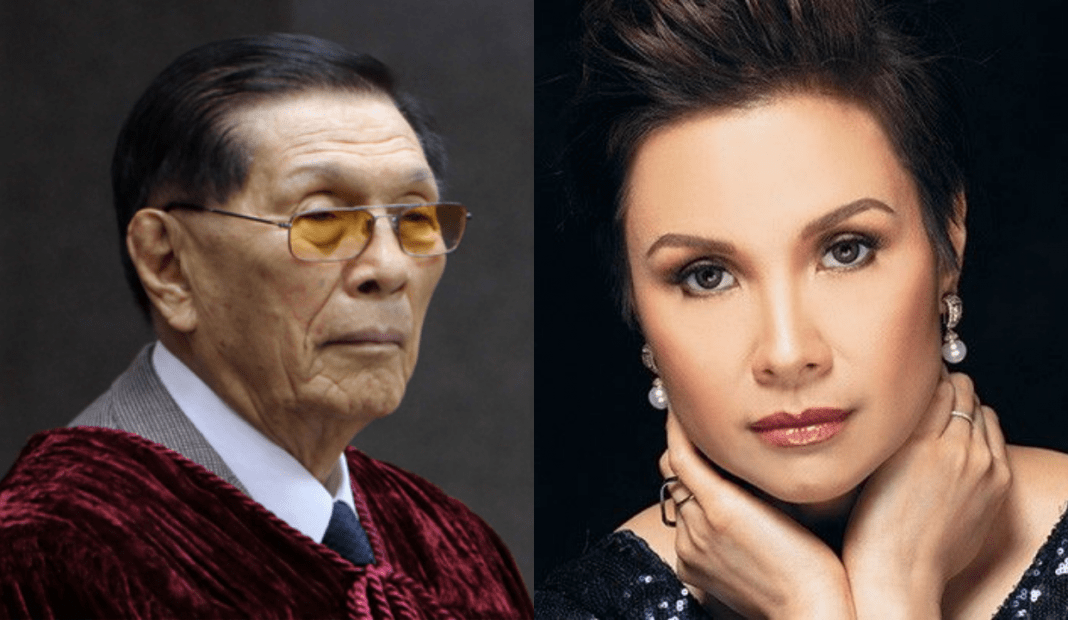 Lea previously became a subject of criticism online after she aired out her frustration about the current issues the country is facing.

While this drew flak among netizens, some also rallied behind the singer, saying it is well within her right to express her views freely.

Lea afterwards issued a statement through a series of tweets clarifying that she “never, NOT EVER cursed the Philippines.”

She also apologized “if I hurt your feelings with my choice of words” and said that it wasn’t her intention.

Meanwhile, in an interview with hosts Admar Vilano and Jess Aranza on DZOR Sonshine Radio, Enrile was asked about his reaction to Lea’s viral statement.

Aranza first commented, “Bastos siya,” which was seconded by the ex-politico.