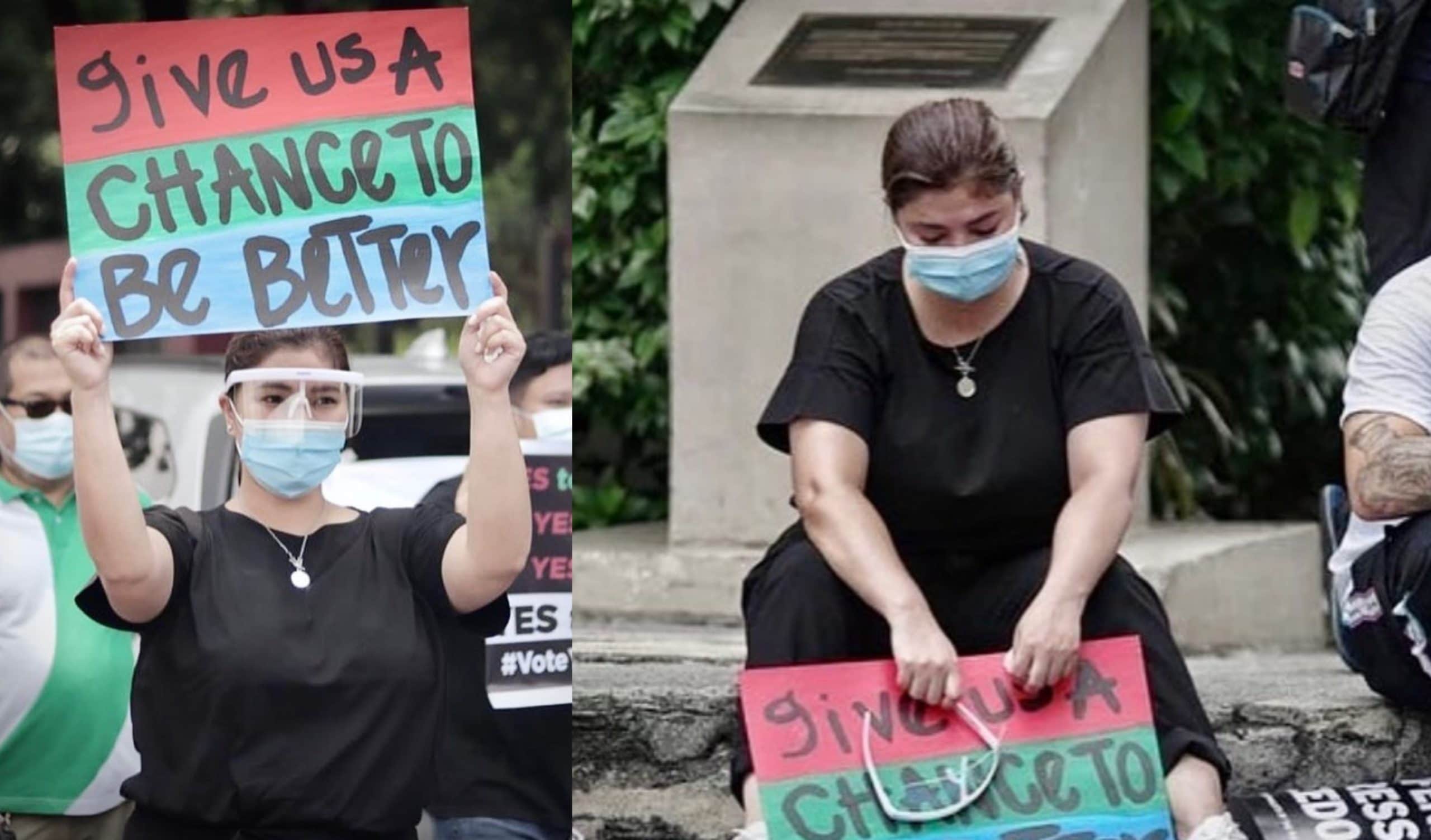 Angel Locsin slammed fellow Kapamilya celebrities who have stayed silent after the House of Representatives rejected ABS-CBN’s application for a new broadcast franchise.

The actress has been consistently outspoken in her support for her home network throughout its franchise fight. On Saturday, she joined the noise barrage that network employees held in front of the ABS-CBN compound in Quezon City.

She urged her fellow actors not to be afraid to show solidarity with network employees who are at risk of losing their jobs following the congress’ decision.

While she understands artists wanting to stay silent or neutral on the issue to avoid having enemies, she told them that now is the time to speak up because the franchise bid has been denied.

Angel did not specify who these fellow Kapamilya artists are, but it’s reportedly the first time she has openly called out those who have chosen to remain mum on the franchise renewal issue.

She also stressed she’s not being paid to defend ABS-CBN, she has no standing contract with the network and denied owning company shares, but is doing what she’s doing because she believes it’s the right thing to do for the network’s workers.

Earlier, Angel blasted Presidential Spokesperson Harry Roque for saying that ABS-CBN could have done more in its COVID-19 relief efforts.

She also previously penned an open letter to the government, accusing it of picking on ABS-CBN in the midst of a pandemic.

One week ago, the House committee on legislative franchises thumbed down ABS-CBN’s bid for a fresh 25-year franchise to operate its free TV and radio operations nationwide. Out of 85 panel members and ex-officio members present, only 11 representatives voted against the drafting group’s recommendation to deny the network a congressional license.

The STAR reported that the committee cited six issues tackled during the past House hearings that “taken collectively, weigh heavily against the grant of legislative franchise to ABS-CBN.”

Specifically cited were “American citizenship of ABS-CBN chairman emeritus Eugenio ‘Gabby’ Lopez III and doubtful Filipino citizenship and allegiance to the Philippines, possible violation of constitutional prohibition against foreign ownership in mass media, numerous violations of terms of the franchise, questionable tax avoidance schemes, apparent use of a dummy and less than exemplary labor practices.”

Following the franchise denial, ABS-CBN announced that it was forced to stop the operations of some of its businesses and carry out a retrenchment program beginning August 31.

“As much as it hurts us to implement this retrenchment program, this is the only way to ensure the continued employment of the rest of the Kapamilya,” the network statement said.

Some ABS-CBN personalities like veteran journalist Ces Drilon and DJ Chacha of FM station MOR 101.9 have taken to social media to express their grief after their divisions became casualties of the layoff.