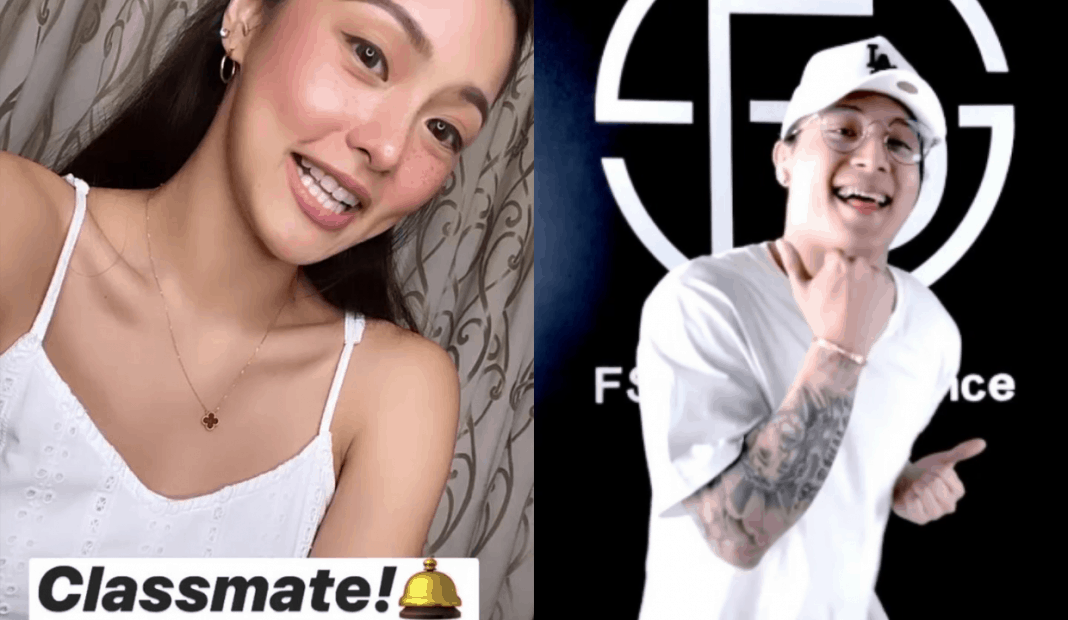 Kim Chiu has reached out to internet dancing sensation DJ Loonyo for the possibility of working on OG dance steps for her viral Bawal Lumabas song.

The Kapamilya actress on Friday tagged DJ Loonyo in an Instagram story after seeing several requests from her “classmates” asking if the dancer could give it a go.

Seemingly surprised with the Kapamilya actress’ request for a collab, DJ Loonyo replied but didn’t give a direct answer: “OH SNAAPP!! OG STEPS? A callout from @chinitaprincess?”

Kim previously released a full version of Bawal Lumabas: The Classroom Song which was drawn from the controversial “classroom” statement she made in a Facebook live event to protest her home network ABS-CBN’s shutdown.

Her new single served as a clapback at critics who mocked and ridiculed her viral gaffe, earning 10 million views across her social media platforms within a day of its release.