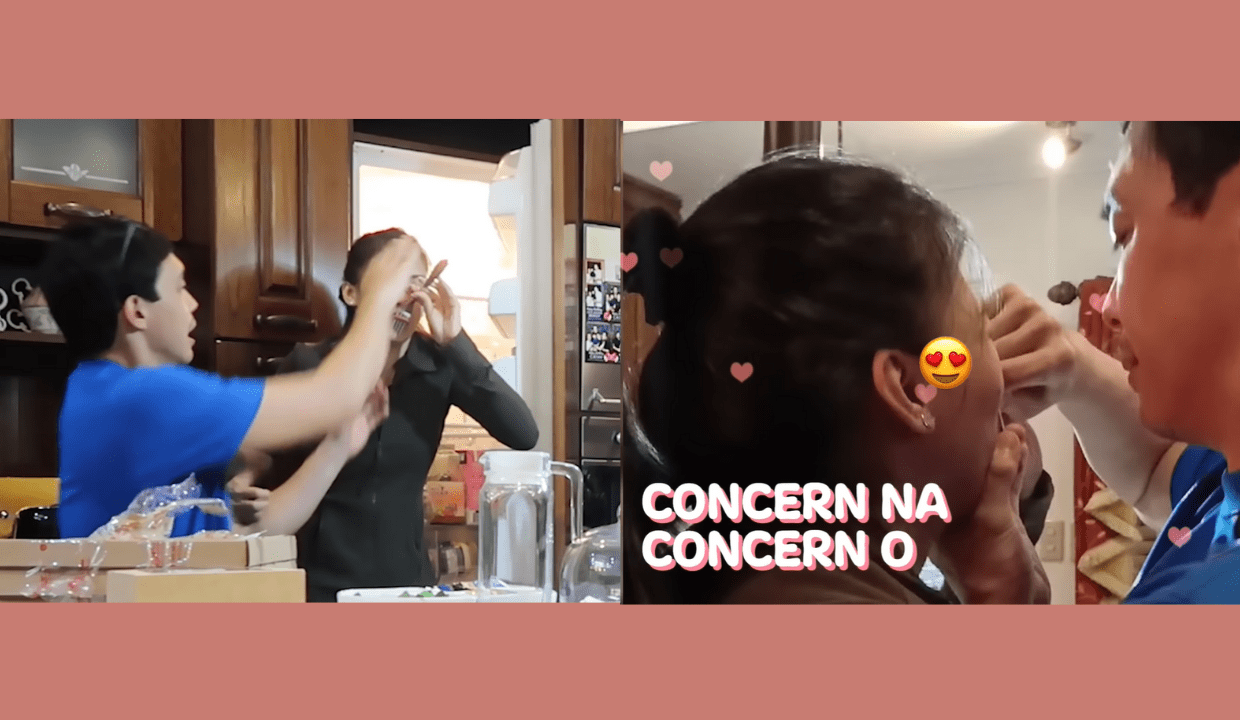 Alex Gonzaga’s latest vlog had netizens swooning over her relationship with fiancé Mikee Morada following his intense reaction to her fake tongue prank.

In a video uploaded on her YouTube channel on Friday, the actress-vlogger used a fake tongue and tried to convince people in their house that she pierced her tongue with a fork.

Alex successfully played the prank on two of her family’s house helpers.

When it was Mikee’s turn, Alex started acting in pain and her fiancé had the best reaction.

Mikee immediately came up to her and exclaimed, “Catherine, ano ba!?,” while seriously trying to pull the fork out of the fake tongue.

Alex then revealed the magic trick, and along with her uncle Jojo, admitted that they were touched with Mikee’s “true love” reaction.

Alex and Mikee got engaged in December 2019 during their trip to Hong Kong, which they revealed only last January.

Watch the hilarious prank below: