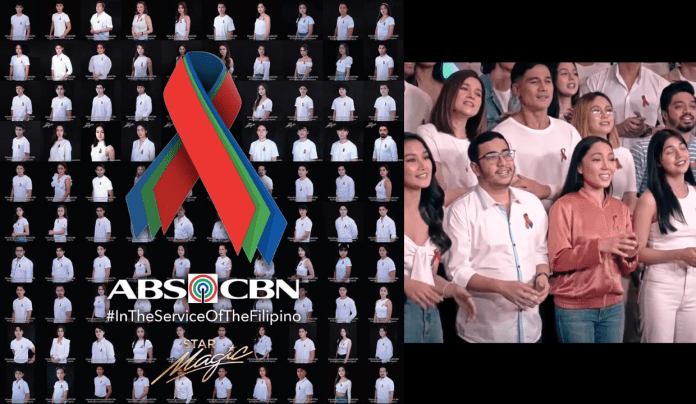 The video showed staff and employees of the Kapamilya network airing their sentiments should the broadcast company not be given a chance to renew its legislative franchise.

In an Instagram post on Tuesday, the talent management shared a collage of Star Magic artists wearing ribbons of ABS-CBN’s logo colors.

The Kapamilya’s network’s franchise is set to expire on May 4, 2020.