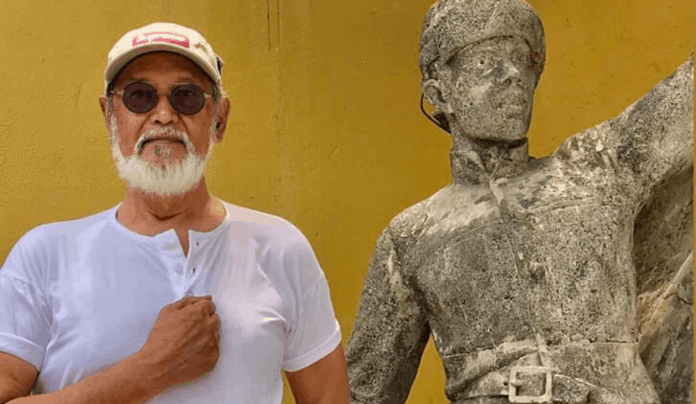 On Thursday, National Artist for Visual Arts Benedicto Cabrera took to social media to express his support for “ABS-CBN and all other news organizations in the line of fire for critical coverage of events affecting the nation.”

In a statement posted on his personal Facebook account, BenCab, as he is popularly known, said press freedom and freedom of expression is necessary, especially with ongoing pandemic.

“We need credible and critical information to better understand what’s happening and to navigate our way forward,” he wrote.

Addressing his fellow artists, he reiterated his message to Let’s Organize for Democracy and Integrity (LODI) in Baguio back in 2018.

“In a free and democratic society, all artists should be unrestrained in the making of their art. We should be free to decide what we will create and how we will create it. Those who feel threatened by the power of art should not be allowed to repress human creativity. We have the right to create work that pushes boundaries and promotes discussion of controversial topics. We need the freedom to offend without fear,” he said.

He ended his statement, stressing that an artist and a journalist can only give their best in an atmosphere of freedom.

“Freedom enables the nation to confront the poverty, treason and rising tyranny but make the pandemic much worse than it already is,” he said.

On May 5, ABS-CBN was ordered by the National Telecommunications Commission (NTC) to stop its radio and TV broadcasts nationwide one day after the expiration of its congressional franchise.

Last Wednesday, the House of Representatives approved on second reading a bill that seeks to grant ABS-CBN a provisional franchise until October 31 this year.

The bill has yet to be approved for the third and final reading before it is transmitted to the Senate.