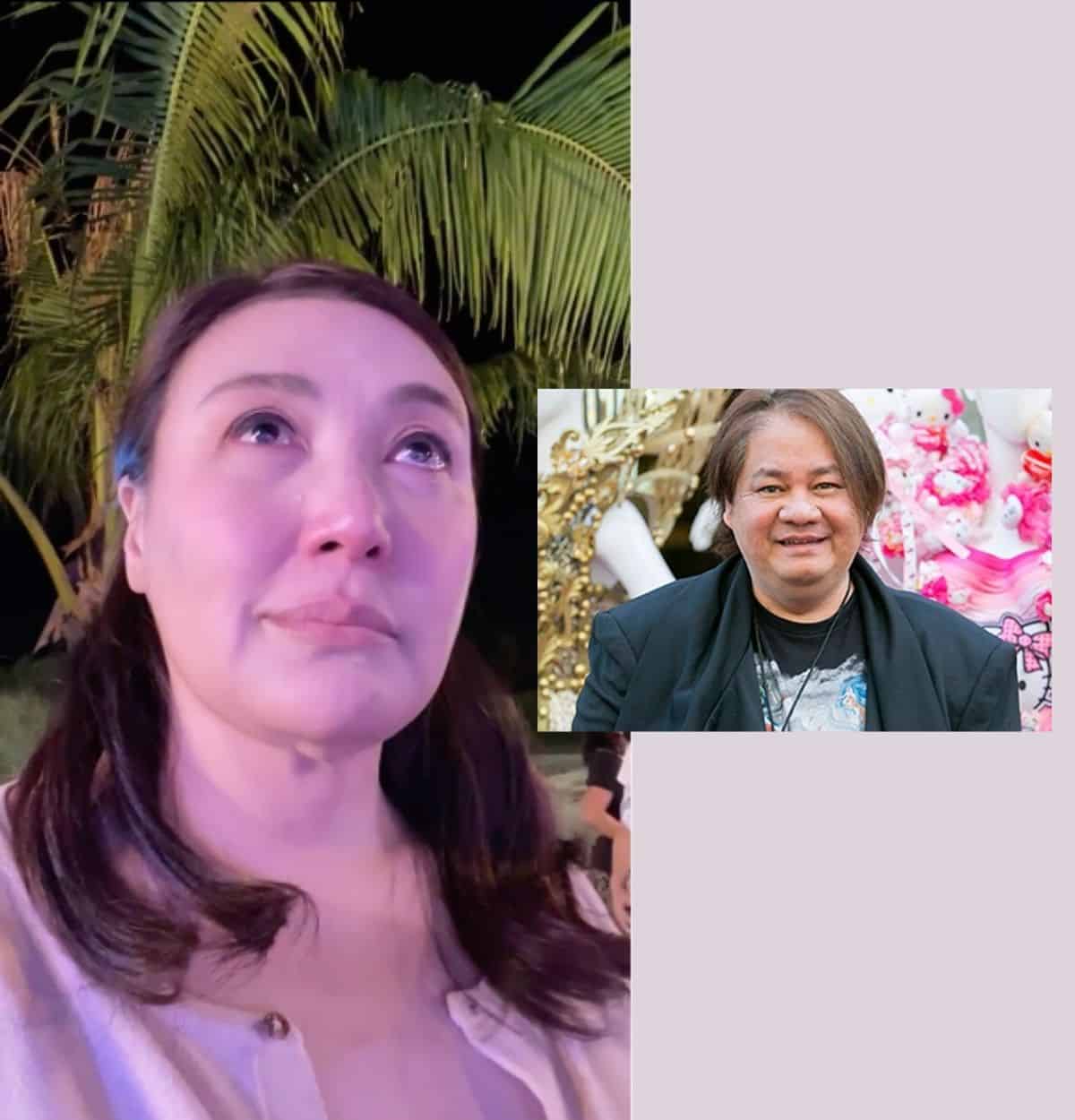 On Wednesday, the Megastar took to Instagram to express her grief over her good friend’s sudden passing. Sharon shared that she heard the news just before shooting her first scene of the night for her upcoming film, Revirginized.

“Rocky loved me. He was a pure Sharonian and my friend. He couldn’t wait to see this movie because he loved Osang, too.

“I miss you already, dearest Rocky. Thank you for loving me all these years. My and my family’s deepest condolences to Rocky’s family during this terrible time,” she wrote.

“He really loved me and I loved him so it’s so hard kasi one by one parang namamatay yung mga importante sa buhay ko. So now naman, si Rocky naman,” she said tearfully.

“I’m very thankful to him because he made sure I looked my best even though I was so fat and it was so hard! He never lost faith in me,” she added.

Rocky, who was famous for his avante garde gowns, had worked with international celebrities.

“Rocky Gathercole made great outfits for JLo, Beyoncé, Lady Gaga, Rihanna, Christina Aguillera, and some other biggest stars in the world. I am honored to have worn gowns lovingly made by him,” Sharon noted in a separate post.

Based on his Instagram posts, the late designer’s most recent works were worn by Jennifer Lopez, Cardi B and Tyra Banks.

A 2014 Star article said Rocky was a self-taught designer who rose from poverty.

“At 14, (he) stowed away and slept with other street children at the foot of Quezon Bridge in Quiapo, surviving on the kindness of people whom he and company would approach at Liwasang Bonifacio (formerly Plaza Lawton).”

After he became a Born Again Christian, he said his life changed for the better, met a designer who became his mentor and paved the way for him to work in the Middle East where he would build his career.

His rags-to-riches story was dramatized in an MMK episode in 2017.

Reports said Rocky was found unresponsive at his home in Diliman, Quezon City by his assistant Wednesday, March 3. Unconfirmed reports said he died of heart attack.