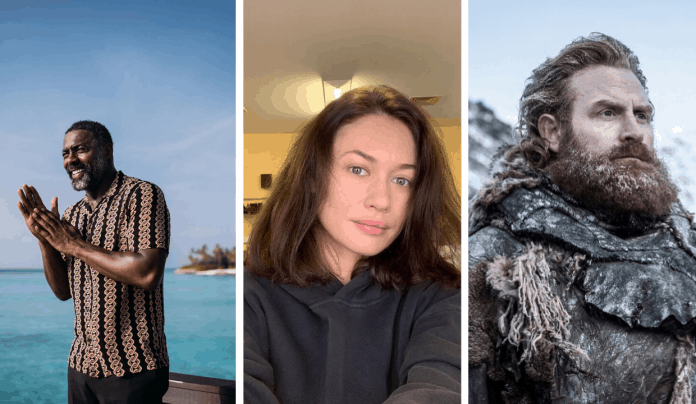 Several Hollywood actors made public that they have tested positive for the coronavirus. Aside from Tom Hanks, British actor Idris Elba, Game of Thrones’ Kristofer Hivju and Bond girl Olga Kurylenko broke the news that they are ill with the virus.

Elba announced on his Twitter on Tuesday that he was tested positive for coronavirus. The actor said he had no symptoms but he was isolated the moment he found out.

In the video attached to his tweet, he shared that he decided to get tested after he was exposed to someone who also tested positive for the disease.

“I feel ok, I have no symptoms so far but have been isolated since I found out about my possible exposure to the virus,” he said.

In the video he stressed that the pandemic is a serious matter.

“This is serious. Now’s the time to really think about social distancing, washing your hands. Beyond that, there are people out there who aren’t showing symptoms and that can easily spread. So now’s the real time to be really vigilant about washing your hands and keeping your distance,” he said in the video.

The 47-year-old is known for his roles in Fast & Furious: Hobbs & Shaw, The Dark Tower and Thor.

Kristofer Hivju who played Tormund Giantsbane in the hit HBO series announced on his Instagram that he is positive for COVID-19.

“Sorry to say that I, today, have tested positive for COVID19, Corona virus. My family and I are self-isolating at home for as long as it takes,” he said.

Like Elba, he urged the public to practice the proper safety precautions.

French actress, famous for playing the Bond Girl, Olga Kurylenko also made known that she tested positive for the illness.

“Locked up at home after having tested positive for Coronavirus. I’ve actually been ill for almost a week now. Fever and fatigue are my main symptoms. Take care of yourself and do take this seriously,” she wrote on Instagram.