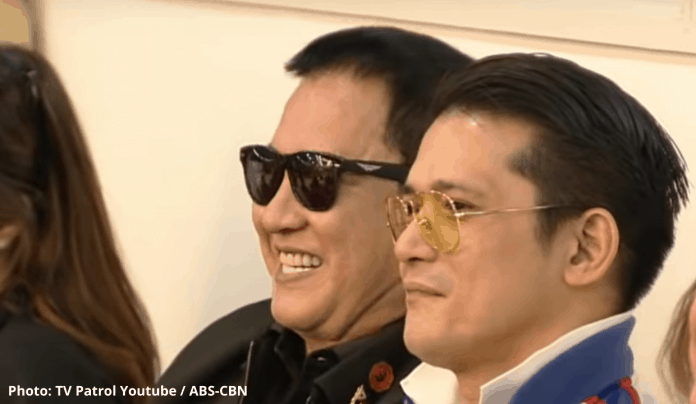 For Robin Padilla, ABS-CBN’s apology to President Duterte was the best part during the senate hearing on the media giant’s legislative franchise issues last Monday.

The actor, along with Phillip Salvador, attended the hearing on the franchise renewal of ABS-CBN amid a quo warranto petition filed by the Solicitor General asking the Supreme Court to revoke its existing franchise. The two actors are known supporters of the Duterte administration.

In a TV Patrol report, Robin Padilla shared that for him, the apology that came from the network was the highlight from the concluded hearing.

Katigbak earlier apologized to President Duterte if they have offended him after airing a controversial political ad funded by the president’s critic, then Sen. Antonio Trillanes III, in the 2016 national elections. He also denied that the network has its own political agenda.

“We’re sorry if we offended the president, it was not the intention of the network,” he told the Senate panel.

Katigbak also admitted to their shortcomings and vowed to correct them.

Both Robin and Phillip also denied that they are against the franchise renewal of the Kapamilya network.