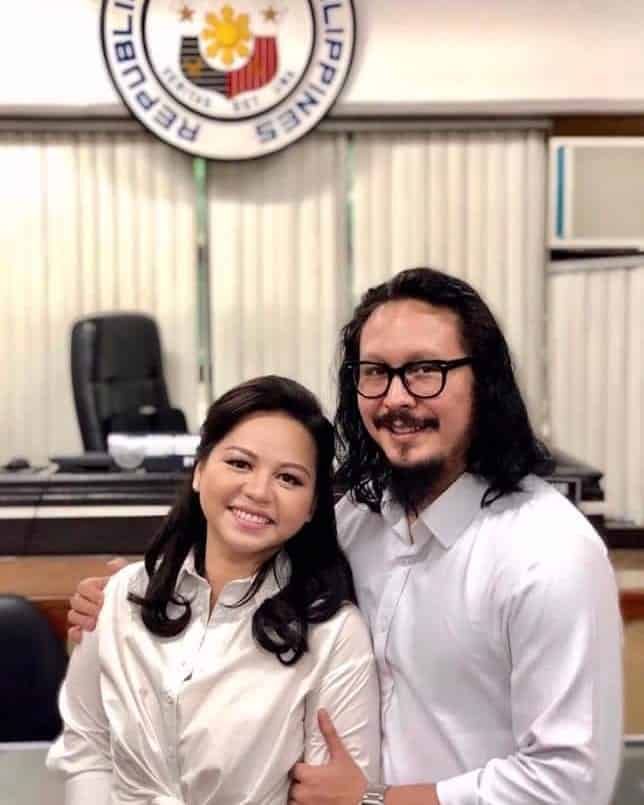 The two met while Baron, 37, was being treated at a rehabilitation center in Cebu.

It was early this year when Baron confirmed he was seeing Jamie, a Cebuana. “I’m seeing someone. I’m praying one day I get married and settle down. She’s Cebuana. Gwapa kaayo (very beautiful). We’ve been together for half a year. She’s a wonderful soul.”

Finally, it happened a few months later with Baron sharing photos of his civil marriage at the Justice Hall of Quezon City.

“Thank you, ABBA Father! I pray that you bless me to have a heart of a good father and provider. I dedicate my family to you. So that we may serve you all the days of our lives,” he wrote on his IG.

Meanwhile, his psychologist wife posted their wedding photos in her personal Facebook account with the caption: “Matthew 19:6: ‘So they are no longer two but one flesh.’ B&J”.

Baron made headlines for numerous controversies which often landed him in jail.

Last year, he pledged to turn his life around and joined a Christian fellowship.

After a long break from showbiz to focus on his rehab for alcoholism, the actor is back in the showbiz limelight as part of the long-running ABS-CBN show FPJ’s And Probinsyano. The actor has also kept himself active with a new business named Gents Barbershop in Cebu.

Baron Geisler and Mikoy Morales share some tips on how...