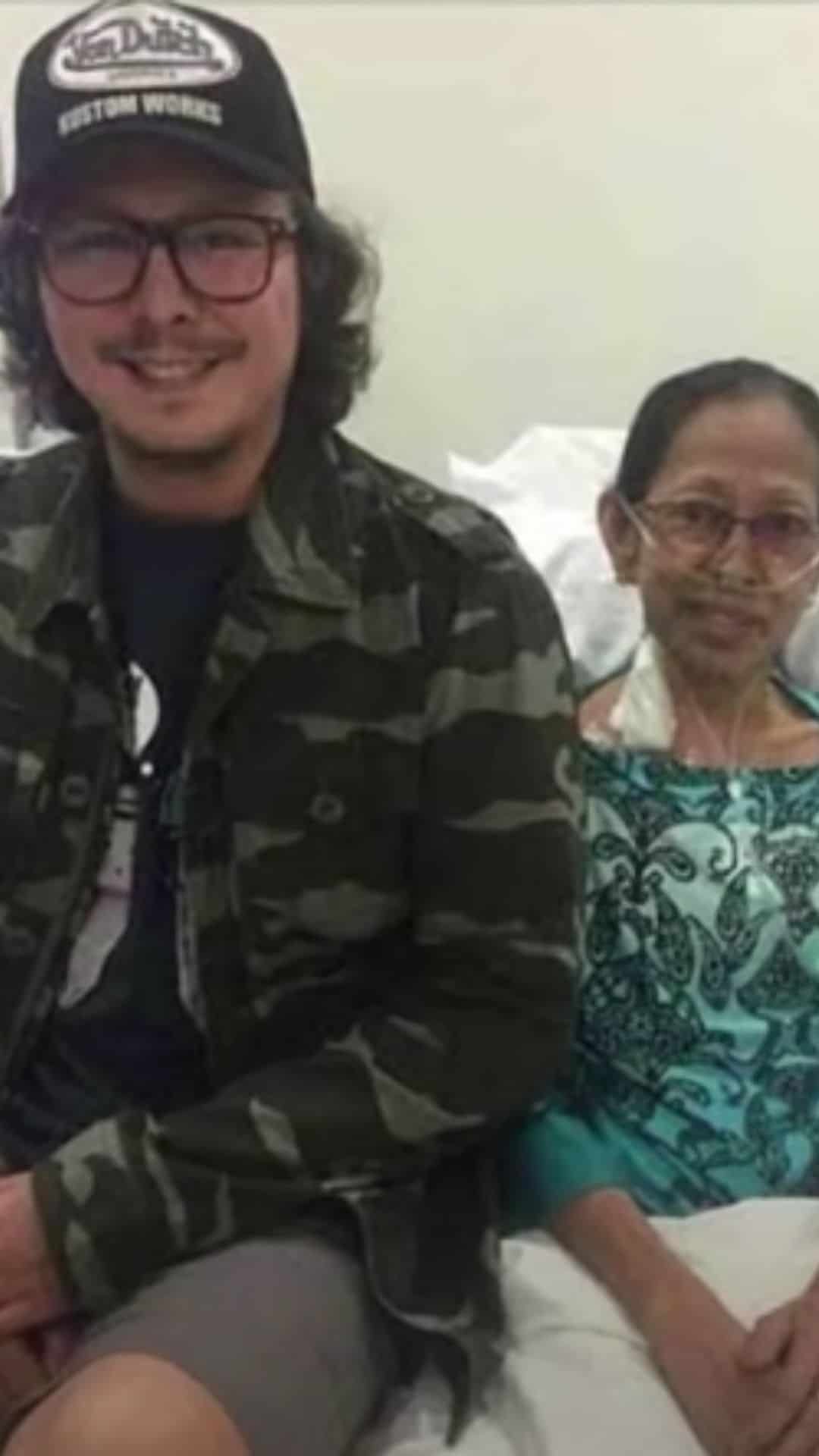 Baron Geisler turned emotional in an interview as he recounted the moment his mom died.

In an one-on-one interview with Toni Gonzaga, Baron, 38, was asked what he regretted the most in his life.

Among the many controversial incidents the actor got himself in, he chose an event untold to the public — his mother Gracia Bayonito-Geisler’s death in 2017 due to cancer — and how he wished he had the chance to be a good son when she was still alive.

“I have so much (regrets)…. But me being a good son sana sa mother ko,” he said.

On the day of his mother’s passing, he was set to go on a five-day retreat. Before leaving, he visited his mother one last time to inform her of his trip.

“I was sober for a while. So I went to her room and said, ‘Mom!’ Nakaputi ako nito (shirt), long hair, may bigote and naka-floral shorts. And I said, ‘Mom! Baron here, I’m a good boy and I’m going to this retreat and I’ll see you when I get back.’

“And then parang sa pelikula, she tried to stand up and say something. Sabi ko, ‘Mom, what is it? What is it?’ And then nag-go-groan na siya. Feeling ko… Baka… on a happier note, baka dahil sa long hair ko at sa bigote ko, akala niya ako si Jesus (laughs)…

“But slowly, bumalik na siya (sa position niya) and nilapitan ko na siya, and then I sort of knew na this is it. Kumuha ako ng penlight, tsinek ko yung mata ni Mommy. Tapos nakita ko, slowly nag-da-dilate. And that was when we knew we lost her. I was there.”

Baron then fought back his tears as he shared, “My dream kasi that time was for my mom to see me clean.”

But he has somehow found consolation that “marami naman nagsasabi na, ‘She’s proud of you now.'”

In the same interview, Baron revealed that he had gone to seven rehabilitation facilities. In this one facility, which he said started his change of heart, he was taught to embrace humility.

“When one is humbled down, there begins the spiritual awakening, the acceptance and the willingness to change and it took away the self-entitlement,” he said.

Baron then assured that he is now a better version of himself now that he has found life and love with God.

“When I met God, I met my faith family, they made me realize na I wasn’t living. If I was living, I was in hell. True life is with God,” he said.

Now, Baron is a family man to his wife Jamie Evangelista and their two kids.