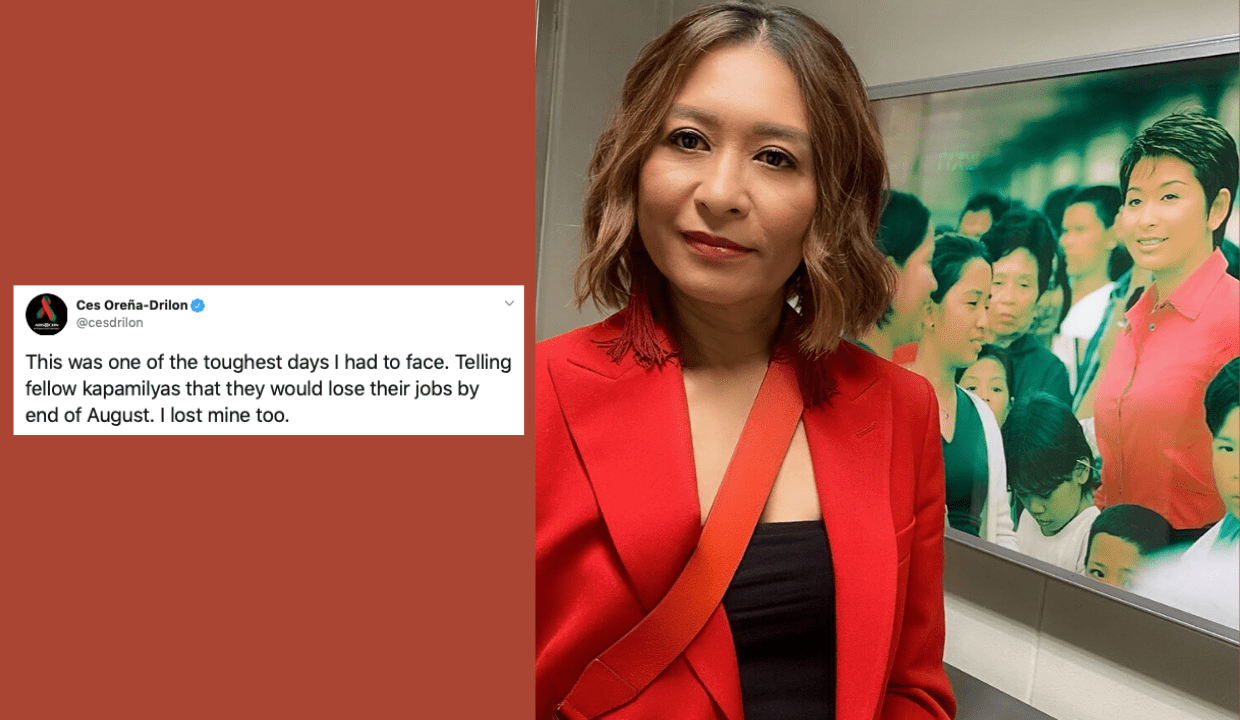 ‘I lost mine too’: Ces Drilon laments ABS-CBN layoff of workers

Veteran journalist Ces Drilon took to social media to open up on how the looming layoff of employees at her home network ABS-CBN affected her.

“This was one of the toughest days I had to face. Telling fellow kapamilyas that they would lose their jobs by end of August,” she said.

“I lost mine too,” Drilon revealed.

According to ABS-CBN News, the former Bandila news anchor’s most recent designation was head of the network’s lifestyle ecosystem and executive editor of the ANC-X website.

On July 15, ABS-CBN released a statement saying that they will begin their retrenchment program covering the company and its subsidiaries by the end of August.

“We are doing all we can to mitigate the pain that will be felt by those affected, including paying out separation and retirement benefits and providing job placement programs. The loss of their jobs come at a time when the uncertain and perilous impact of the COVID 19 pandemic further makes our decision truly difficult, but inevitable,” the network said in a statement.

They explained that implementing the retrenchment program to ensure the employment of the rest of their employees.

“For those who are affected, we pray for you and your families, that you may have the strength and guidance to deal with the challenges ahead. For all that you have done for ABS-CBN, maraming salamat po.”