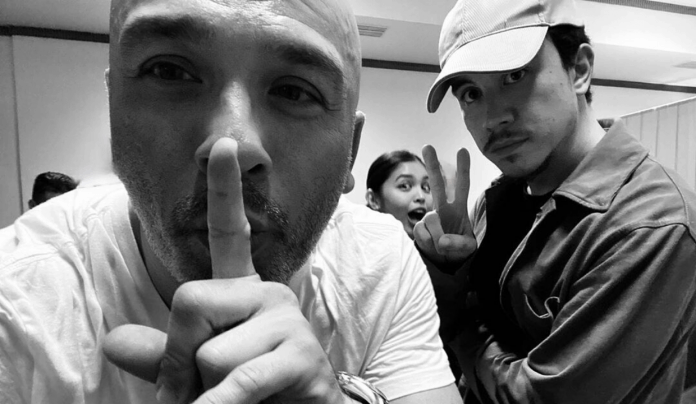 Maine Mendoza got bonus girlfriend points for this!

Arjo Atayde took to Instagram to thank his girlfriend Maine for surprising him with an encounter with his idol Joseph Glenn Herbert, better known as Jo Koy.

“I stumbled upon Jo Koy’s clips on YouTube 14 years ago and I’ve been a fan since. I waited so long for this moment and it truly is such an honour to finally meet him. Thank you so much @jokoy you’re such an inspiration,” he wrote in his Instagram post.

“Thank you to this cutie in the middle for the most unbelievable and unexpected surprise ever. I love you… Thank you,” Arjo said, referring to Maine in the photo.

Maine isn’t the only one busy with surprises in their relationship. Arjo surprised his fans after giving in to his girlfriend’s request for a Tala dance cover.

The Fil-Am stand-up comic is loved for his relatable Pinoy content in his acts. Last January, Jo Koy was in Manila and Cebu for his Just Kidding: World Tour. He also joined the latest batch of celebrities who received a star at the Eastwood Walk of Fame.