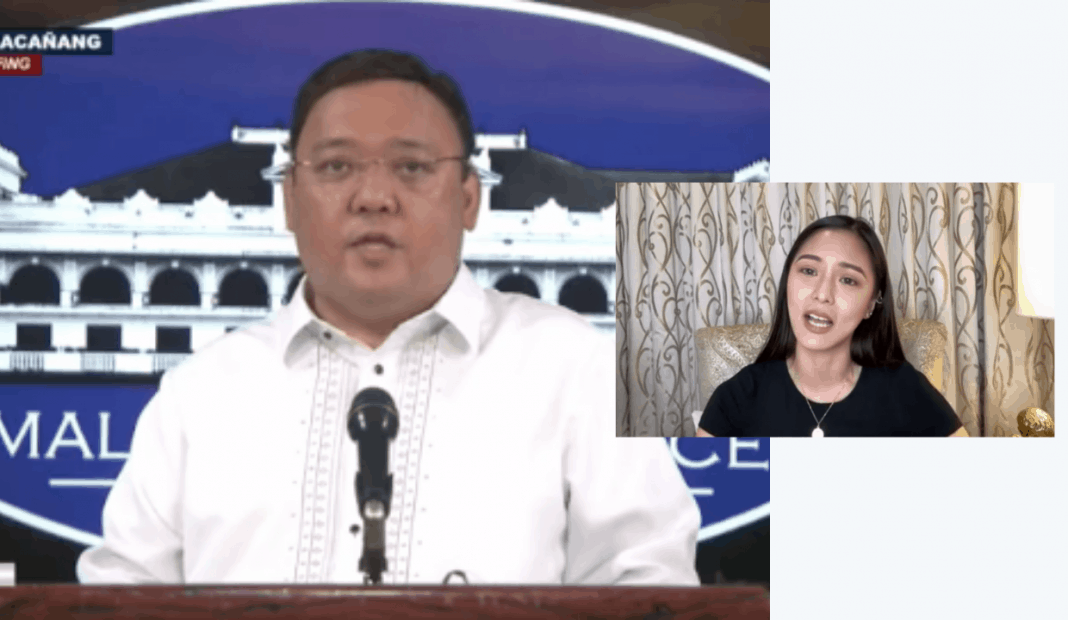 Kapamilya star Kim Chiu’s viral “bawal lumabas” statement has made its way to the Malacañang after Presidential Spokesperson Harry Roque referred to her words in a press briefing on Monday.

In the virtual presser, Roque reminded the public that while the government has relaxed its quarantine guidelines in some areas, the country is still in community quarantine.

His reminder came after citizens flocked to partially open shopping malls during the weekend.

Roque used the words of the actress to advise the public in following health protocols when leaving their homes.

He also warned the public that the country might follow the footsteps of other countries that are facing an increase in COVID-19 cases after they have eased their restrictions.

On May 9, Chiu apologized for causing confusion over her sentiments during Laban Kapamilya, a Facebook Live protest weeks ago.