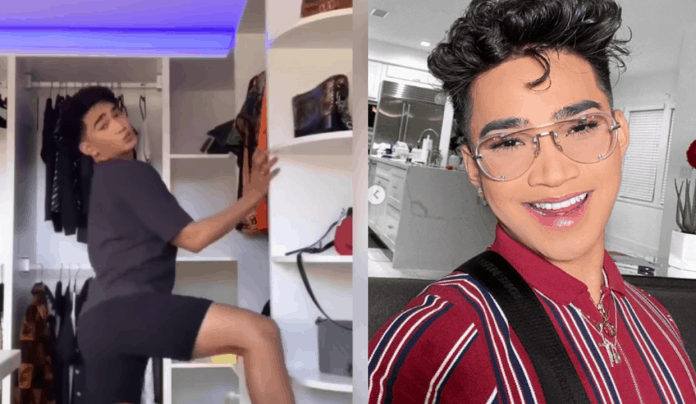 Bretman Rock on twerking to Philippine national anthem: ‘It will never happen again’

Prior to being called out by the National Historical Commission of the Philippines (NHCP), the Filipino-American Internet sensation Bretman Rock had already owned up to his mistake.

The YouTube star had earlier made news after a video of him dancing to the tune of Lupang Hinirang resurfaced online.

His act did not sit well with Filipino netizens who, in turn, brought it to the attention of the NHCP, the primary government agency responsible “for the conservation and preservation of the country’s historical legacies”. As a “response to complaints,” the NHCP released a notice to the public stating that “dancing to the national anthem… constitutes a violation of the Flag law.”

Amid the controversy sparked by the reappearance of the supposedly-deleted video over the holidays, a certain @andrengsam on Twitter who also appears to be a fan of Bretman claimed that the beauty vlogger had already apologized for his wrongdoing.

She tweeted a screenshot of her conversation with Bretman wherein she reprimanded him immediately after the controversial clip first appeared on Bretman’s Instagram Stories.

“I just want to inform y’all, the video of Bretman singing and disrespecting our national anthem on his story was 3 months ago and he deleted it immediately and HE APOLOGIZED IMMEDIATELY. I HOPE U CONSIDER THAT,” explained the Twitter user.

The conversation also showed Bretman apologizing and taking full responsibility for his action.

“Thank you so much for understanding, I can promise you it will never happen again, I take full responsibility and I truly am so sorry,” Bretman also replied to the tweet.

In another screenshot of a direct message from Bretman on Instagram, the beauty influencer said he realized it was wrong and disrespectful.

“Hey! I saw your post! I hear you and that’s why after 5 minutes of posting it, I realized it was wrong and disrespectful. My intentions weren’t malicious but I definitely will take credit and full responsibility for the said story ?✨ Have a great day.”

NHCP issued the public notice “to prevent future violation, in the similar manner, of the law.”

NHCP reacts to video of Bretman Rock twerking to the...