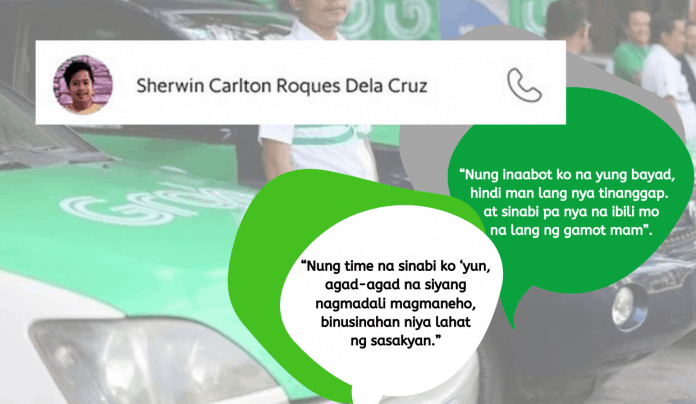 Netizens showered a grab driver with praises for showing compassion to his passenger.

She was supposed to bring her two-year-old son who had difficulty in breathing to the hospital.

According to Quirolgico, she booked a Grab at 12 midnight on Friday. Dela Cruz initially asked her if it was an emergency, citing that the drop off point was at Ospital ng Makati.

Quirolgico also recounted that the grab driver did his best to get through traffic and reach the hospital as fast as possible.

When they arrived at the hospital, and she was about to pay for the ride, the driver refused to accept the fare and insisted that she use the money for her son’s medicines.

“God sometimes sends his angels in the form of Grab drivers. Thank you Sherwin,” said a commenter on Facebook.

Another one said: “More blessings for you to come Mr. Sherwin dela Cruz! An act of compassion is rarely seen today since everyone gives more importance to gain money than give importance to other people’s lives.”

“Not all heroes wear a cape ? #FaithInHumanityRestored,” said another commenter.

Thank you for being you, Kuya Sherwin!