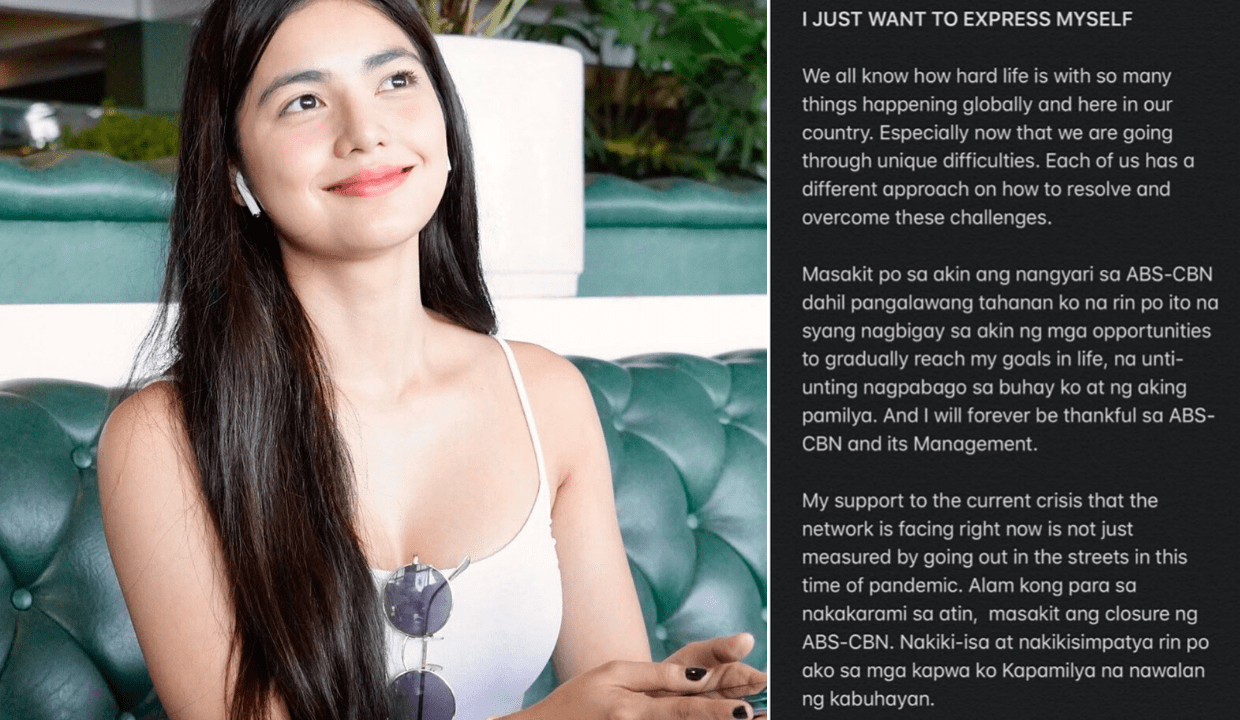 Jane de Leon: Support for ABS-CBN not just measured by ‘going out in the streets’

Kapamilya actress Jane de Leon took to social media to explain why she did not participate in ABS-CBN’s various protests against the rejection of her home network’s franchise renewal bid on July 10.

In an Instagram post, the upcoming Darna star stressed that she sympathizes with co-workers who are at risk of losing their jobs because of the ruling of the House of Representatives.

“My support to the current crisis that the network is facing right now is not just measured by going out in the streets in this time of pandemic,” she said.

Despite her sympathy for her colleagues, she asked that the public does not forget the bigger picture that everyone is still at risk of getting infected of the coronavirus disease.

“Masama po bang maging positibo lang sa ating pananaw sa kabila ng kahirapan at paghihinagpis? I don’t believe that it’s fair to stop doing things you ought to be doing everyday just because of the negative situations around us. Even if the world stops, we still have to keep moving forward,” she said.

The young actress added that support can be expressed in many ways so it is best not to be “judgmental and imposing” on how others should react based on personal standards and beliefs.

“PRAYERS are always the strongest and most powerful weapon in this time of crisis,” she ended her post.

Some netizens compared the would-be Darna to Angel Locsin who continues to be identified with the iconic superhero role.

“Ang condescending ni Jane De Leon sa protesters who are fighting against oppression while she sits in the comfort of her home,” another said.

While others defended the 21-year-old and her stance on protests.