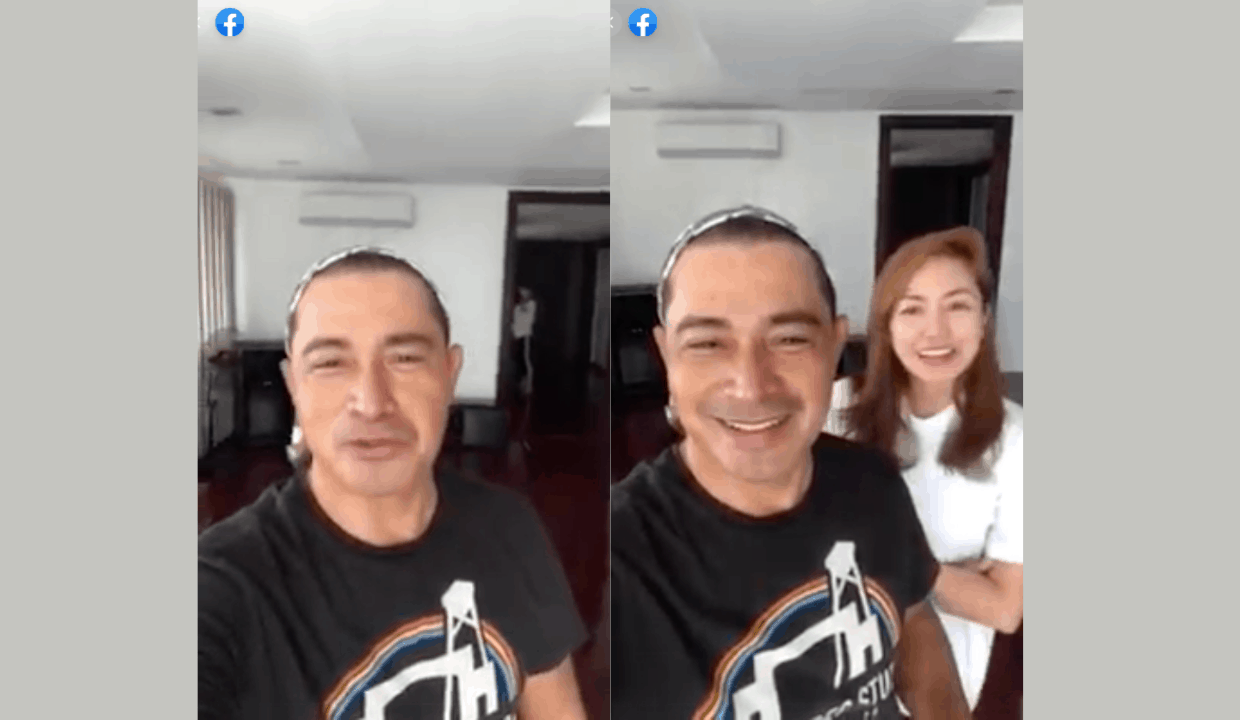 The mystery woman from Cesar Montano’s viral video back in 2018 finally revealed herself in yet another birthday greeting video from the actor.

Two years ago, Cesar filmed a video greeting to a certain barangay kagawad in Sta. Ana, Manila for his birthday. The video caught the eyes of netizens when a naked woman was seen in the background.

This weekend, he sent another birthday greeting video, which seemed to reenact his past viral clip, for entertainment columnist Dolly Anne Carvajal.

He then joked that the woman behind him — his “talent” — is now fully clothed unlike last time. The woman agreed, saying that they are now “wholesome.”

The mystery woman has been identified in reports as Cesar’s long-time partner, Socorro Angeles.

Cesar was married to actress Sunshine Cruz. They have three daughters together. Their annulment was granted back in 2018.

Sunshine is also happily in a relationship with Macky Mathay.