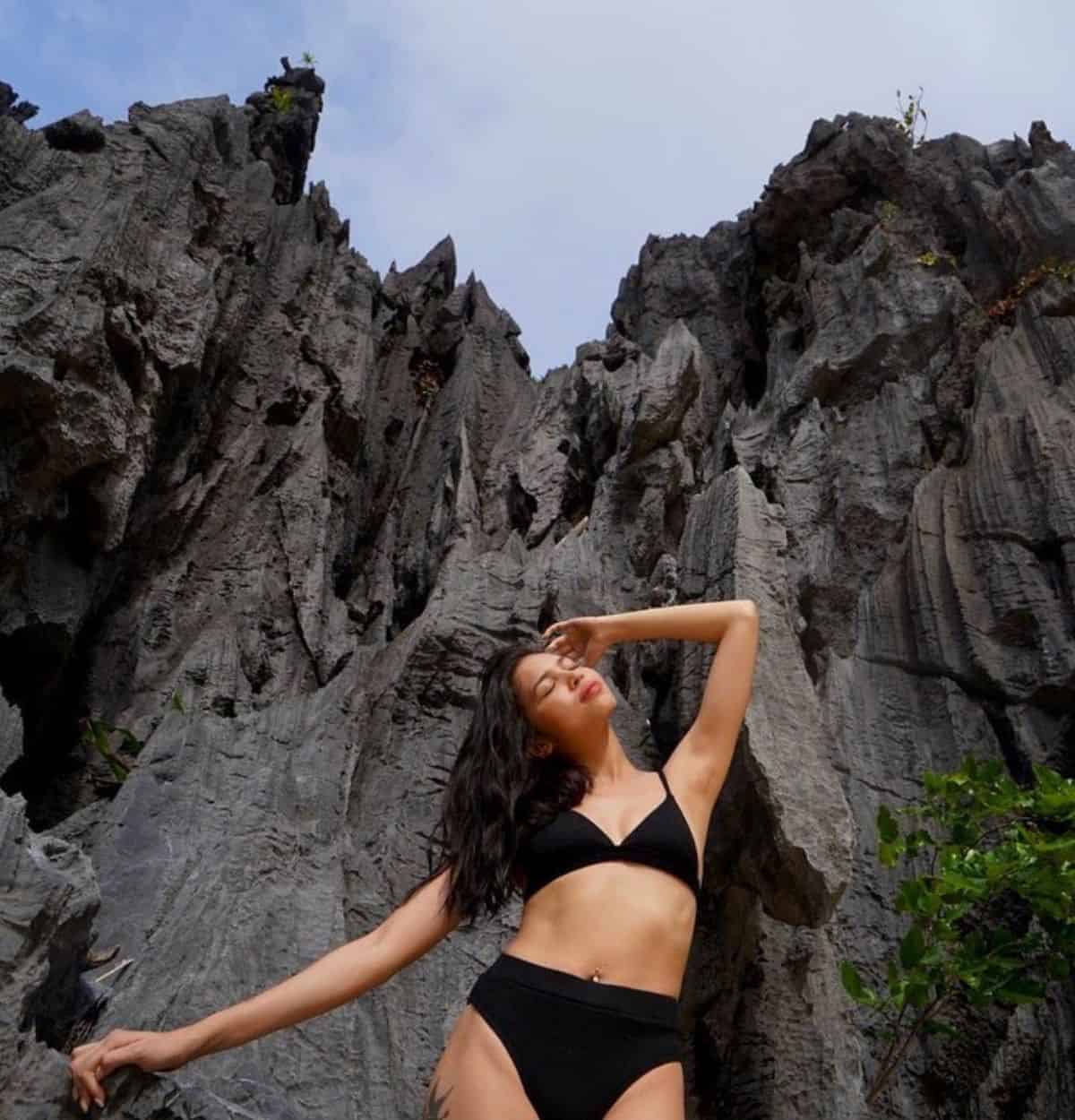 Ever wonder what goes on behind the scenes with celebrities’ stunning beach photos?

Maine Mendoza shows the reality behind her postcard-pretty pictures from her beach getaway.

The host-actress took to social media to post a humorous comparison between the photos she posts on Instagram and how she actually is in real life.

In the first photo, Maine was photographed with the best angle to show off her beach bod and the impressive view behind her. While in the second one, she jokingly posed with both her hands on her hips.

Maine and her boyfriend Arjo Atayde had a quick vacation to El Nido, Palawan for their second anniversary.

In a post to celebrate their relationship milestone, she greeted Arjo with a photo of them smiling from ear to ear.

Meanwhile, Arjo shared a cute photo of theirs along with the sweetest message.

“I love you more than you could possibly imagine. Happy second anniversary bubs,” he wrote.