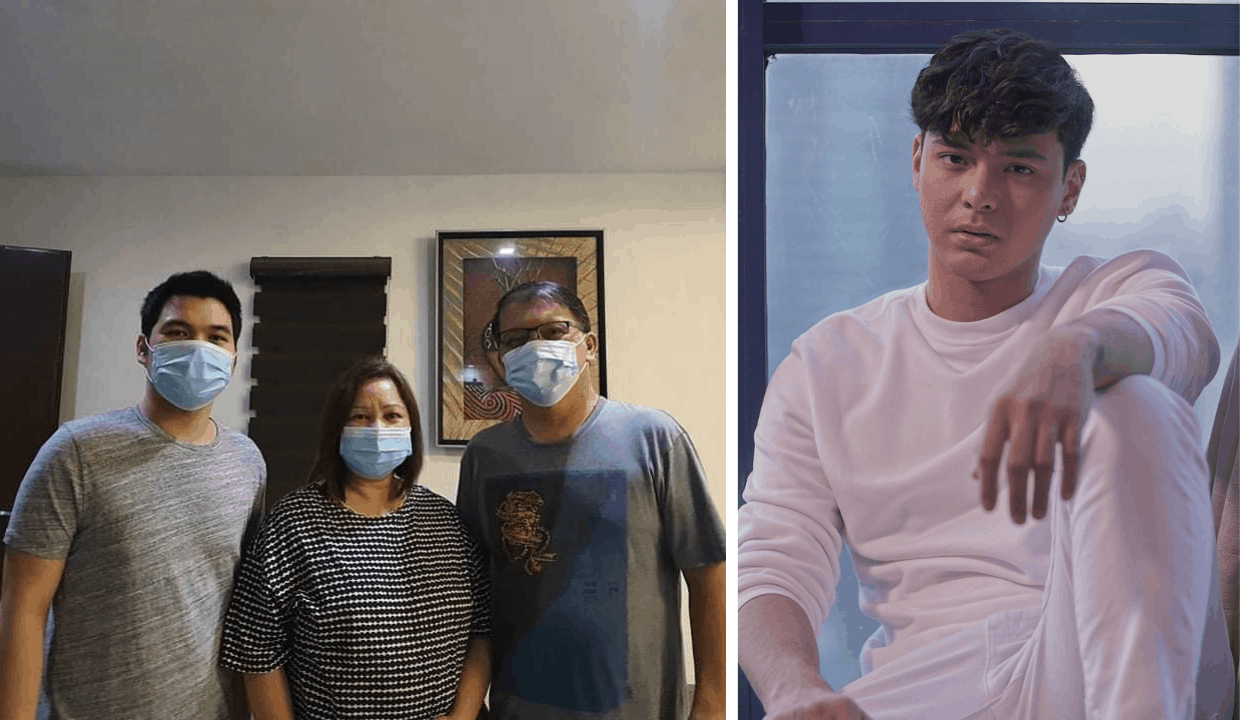 Kapuso artist Kristoffer Martin recently shared that his whole family tested positive for COVID-19. In a social media post, the actor was happy to announce that his mother, father and brother are on their way to recovery already.

“Claiming it already, ‘MY THREE SURVIVORS,'” he said on Instagram, sharing a photo of his family that was taken on the 14th day since their positive swab results.

Kristoffer said he was not infected because he was not at their home in Olongapo when his family started to go through the symptoms of the illness.

Despite being in Manila when all this happened, he made sure to go home to his family since they were not allowed to leave home and buy their essential needs.

Kristoffer also made sure to call his family every day, especially since his father has a pre-existing medical condition.

In his post, he also thanked good friend and fellow Kapuso star Alden Richards for being with him during this difficult time.