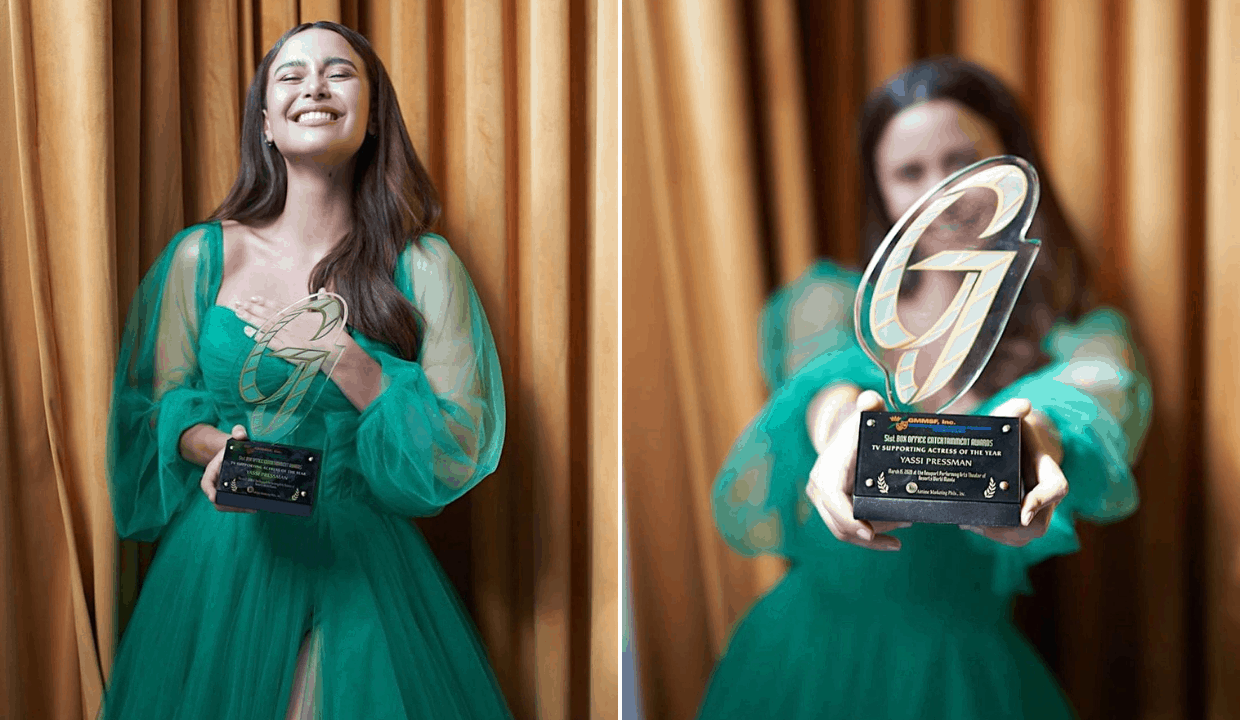 “Another one for you, Dad.”

“Close your mind, heart and soul to the things that pull you down, open your eyes and see how blessed you are.

“I want to say thank you (to) every single person who has been a pillar in my life. People who didn’t doubt me but instead said, ‘Kaya mo yan.’ Mahal ko po kayo,” she wrote.

Yassi was recognized by the award-giving body for her role as Alyana in ABS-CBN’s longest-running television series Ang Probinsyano.

“In August, I celebrated my 4th year on our show, and this is also my 4th annual acting award because of it,” she said.

The 25-year-old also expressed her gratitude to her ABS-CBN and Ang Probinsyano family for giving her work opportunities.

“We are blessed to even be working in these times, and I will be forever grateful,” Yassi wrote.

Yassi did not forget to offer her success to her father, Ronnie Pressman, who passed away February this year.

“Another one for you, Dad,” she said.

WATCH: Kathryn Bernardo can’t hold back tears in interview with...

Billy Crawford hopes his father will meet his baby boy...