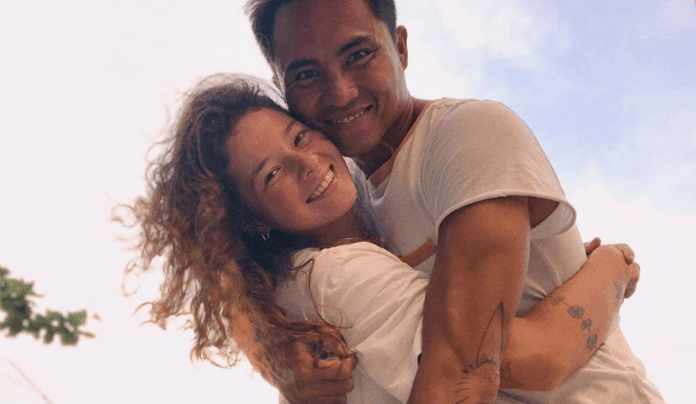 Surfing champion Philmar Alipayo admitted that being in a relationship with his actress girlfriend Andi Eigenmann was difficult at first.

In their recent vlog on their YouTube channel, Happy Islanders, it was revealed that when they started dating, people would criticize the Siargao-based surfing champion and tell him he wasn’t “bagay” with Andi on social media.

“At first (mahirap) because people will come to me na bashing me,” he shared.

While Philmar affirmed that there is no such thing as an ugly person. “Walang taong pangit, yung pangit lang yung sa ugali,” he said.

Andi continued to share that she never expected Philmar would get haters because of his skin color and his background as a man from the province.

“I hope that Filipinos would get rid of the mentality that if you’re from the province that you’re not successful — that means you’re inferior to everyone else who is finding jobs in the city because that’s not the meaning of success,” she said.

“But that’s okay. While people are being mean, we’re being happy,” she added.

In the same vlog, the happy couple of Siargao shared how they first met each other. Andi said she was at the island for a vacation when she met Philmar during an awarding ceremony for a surfing competition.

After offering her a drink, Andi recounted that she was the one to ask the surfing champ for a picture.

Andi shared that Philmar was unaware that she was a famous actress.

“I think that’s what made me comfortable with Philmar. Just like me only getting to know him, it’s the same for him because he didn’t know anything about me. I had to share everything so that was really nice and refreshing,” she said.

Andi and Philmar have a baby girl named Lilo, who was born on July 23, 2019. Lilo is Andi’s second child after Ellie, her daughter with ex Jake Ejercito.

She knew Philmar was the man for her because of how he was with Ellie. “I didn’t have to overthink in introducing them.”