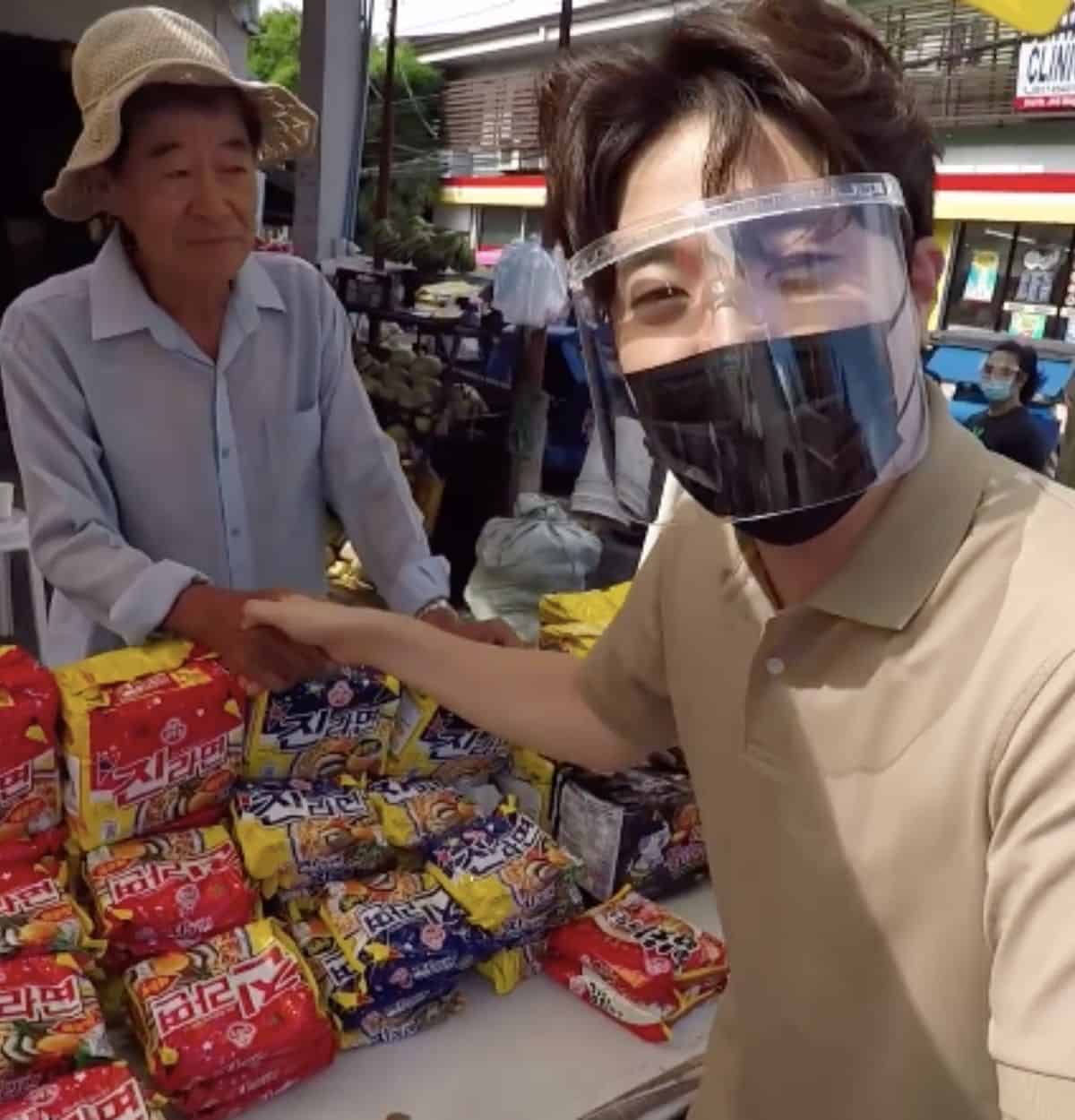 After hearing news about an old South Korean man selling ramen in the streets of Las Piñas, Ryan Bang took it upon himself to help his kababayan out.

In his latest vlog, the It’s Showtime host visited one Jang Sam Hyun who became a street vendor after he was left stranded in the Philippines when it was placed on lockdown due to the COVID-19 pandemic.

Twenty years ago, Mr. Jang was the owner of a construction company in South Korea. With the nature of his business, he said he was flying back and forth to the Philippines.

His wife was previously here with him but had left for South Korea just three days before the lockdown was declared. Mr. Jang said he opted to stay, thinking that the lockdown would only last for a month.

In just a few months, he had already run out of money. Thinking he could not do all of this alone, he revealed to Ryan that he tried to take his life in Cavite.

“Please don’t do that. You still have your family,” Ryan told Mr. Jang.

Thankfully, nothing bad happened to him. After the incident, he decided to sell ramen and other goods to help him buy his plane ticket home.

The comedian told Mr. Jang that he reminded him of his grandfather who he grew up with. “I was in pain when I saw the news so I hope with this you can now buy your ticket,” he said.

With tears of joy in his eyes, Mr. Jang thanked Ryan for being the only Korean who has ever helped him during this difficult time.

“I’m 76 years old. If something good happens to me, I will repay these people back for all the help they gave me,” Mr. Jang said.