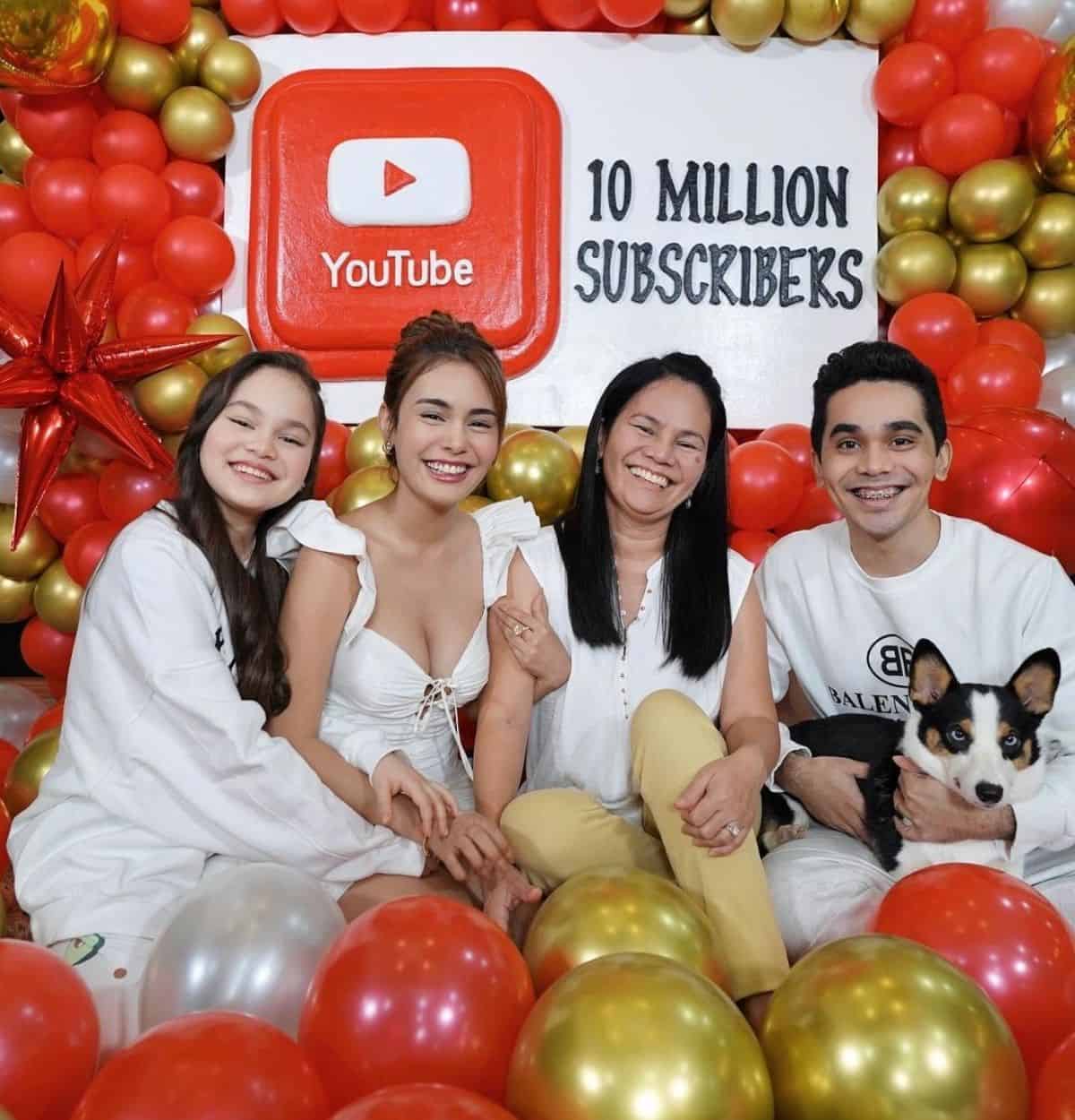 The YouTube star took to social media to celebrate her milestone on the video-sharing platform.

On Instagram, she thanked her loyal fans for making the achievement possible for her.

“1 year and 2 months on YouTube. Thank you for making all this possible. We love you,” she captioned her post.

In her celebratory post, she is joined by her mother, brother and her sister Mona in a balloon-filled room.

Ivana’s first-ever vlog on the platform was a video on her “secret to bigger boobs.” It was uploaded on August 28, 2019.

To date, she is one of the Top 5 most-subscribed personalities on YouTube after Jamill (11.5 million), siblings Niana Guerrero (12.3 million) and Ranz Kyle (13.2 million) and journalist Raffy Tulfo who has the highest following with 17.3 million subscribers.

Her recent upload was on her relief operations in Cagayan and Isabela after the onslaught of Typhoon Ulysses.

The vlogger-actress visited the typhoon-hit areas to pack and redistribute relief goods herself.