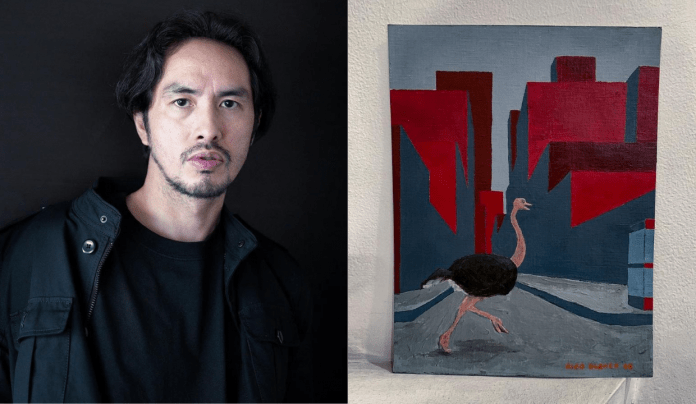 A case of life imitating art?

Rico Blanco astounded netizens after he shared his 15-year-old ostrich painting that looks strikingly similar to the viral runaway ostrich incident in Quezon City on Tuesday.

The OPM icon on Wednesday bared on Instagram his artwork from years ago which featured an ostrich appearing to be wandering around the city.

Rico shared that at that time, he was only going for the “surreal” in his art, not knowing that years after, it was going to happen for real.

“When I painted this 15 years ago, I was simply going for ‘surreal.’ Times have changed,” he wrote in the caption.

Celebrity friends and followers of the OPM icon were left in awe in the comments section.

On Tuesday, the online world was abuzz with the news of not one but two ostriches on the run in a private subdivision in Quezon City, with netizens comparing it to a scene from Hollywood film Jumanji.

The flightless birds were later caught and brought back to their owner.

Kuya Kim Atienza ready with trivia on runaway ostrich in...