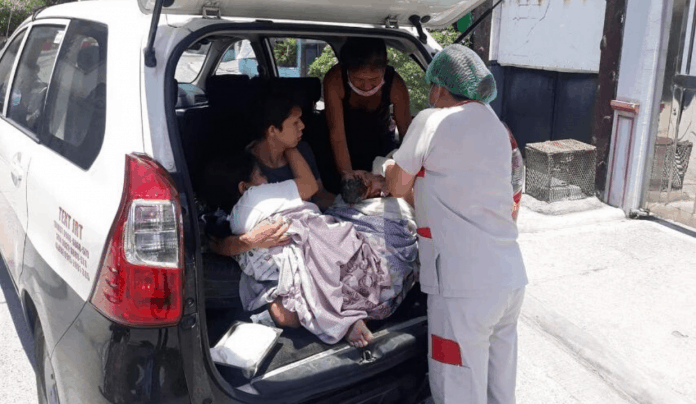 National Capital Region Police Office (NCRPO) chief Police Major General Debold Sinas praised his men for rescuing a woman in labor who had no means of getting to a hospital in Navotas.

On Saturday (May 2), the mobile patrol of the Navotas Police stumbled upon a pregnant woman, who was reported to be named as “Ms. Cabisas,” along Barangay Tanza 2, a Pilipino Star report said.

P/Executive Master Sgt. Caisip, Corporal Gergmar Arconcel and Corporal Harry Alejandro were quick to respond to her request to be transported to the nearest hospital or clinic seeing that she would be giving birth soon.

Unexpectedly, Cabisas gave birth just minutes after getting into the patrol car. She was immediately brought to a clinic for medical intervention.

Sinas expressed how proud he is that his men were able to respond accordingly, especially during a crisis.

“I am proud of these police officers for the assistance they have given. It is such a rare opportunity to protect the life of a gift from heaven — a baby. We are glad that the mother and her child are safe and sound. This incident proves that our public can rely on our Metro cops for we our bound to serve and protect our people beyond our mandated tasks,” Sinas said.