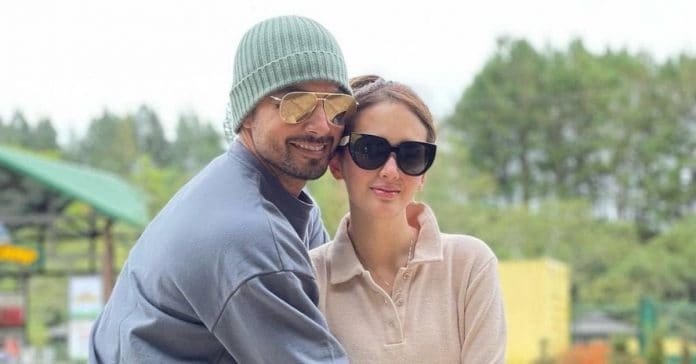 Derek Ramsay had the funniest experience during his roadtrip with his wife Ellen Adarna.

In a series of Instagram stories, the actor shared that he was asked by the tollgate attendant if the woman he was with in his car was his wife and not someone else.

“We just went through the tollgate and then the guy asked, ‘Si Ellen po ba yung kasama niyo?’” he said.

The 45-year-old was driving with Ellen as they both laughed at what had happened.

The couple drove all the way to Pangasinan to celebrate their first anniversary as a couple ahead of time. In an Instagram post, the lovestruck Derek could hardly wait for this milestone as he shared an early anniversary post.

“Almost one year together,” he wrote in the caption.

In their snap together, the two had each other in an embrace with the pink skies as their backdrop at the beach.

Derek and Ellen tied the knot just months after dating back in November of last year.