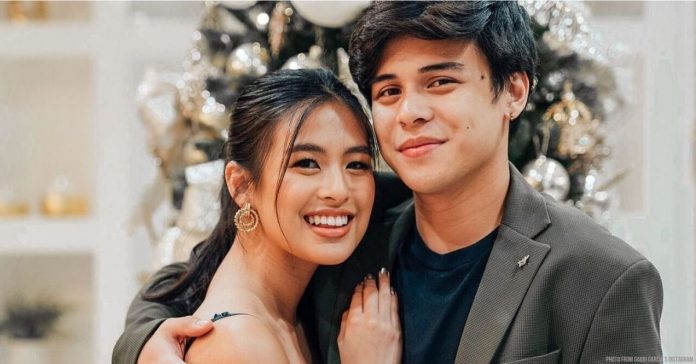 During their podcast, Figure It Out, the celebrity couple revealed how their longtime relationship started and bloomed.

The two revealed that they met during Julia Barretto’s 18th birthday party in 2015 when Kathryn Bernardo introduced them to each other.

Gabbi recounted that Khalil spent the whole night accompanying her and her friends. When it was her time to leave, the singer-actor’s “torpe” side gave in as he failed to ask for her number.

The night after, Khalil was able to ask Gabbi for her number. Seems like all was going well until the Encantadia star informed him of her little disclaimer.

“I like how we talked that night so when you asked for my number, I gave it kasi I really wanted to talk to you but then I told him right away na ‘Hi. I’m kinda trying to patch things up with my ex,’” Gabbi shared.

The Kapuso actress continued on to share that Khalil served as her friend at the time, while she was still figuring out her relationship then.

“Somehow, that helped me cope and that helped me renew my mindset about life, about things so he was a big factor on why my ex and I got back together,” she joked.

Two years after, they shared that they reconnected and they never stopped talking since.

Gabbi Garcia on dating Khalil Ramos: ‘Feels like a breeze’