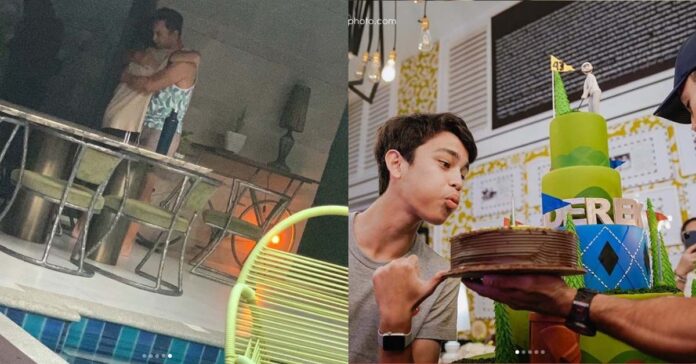 Derek Ramsay took to social media to pen a birthday greeting for his son Austin who turned 18 on June 28.

On Instagram, the happy dad shared photos of him and his now 18-year-old son.

“My little boy turns 18 today. We have had are ups and downs son but you know that I love you and I will always have your back. Enjoy over there in Dubai and I’ll see you soon. Happy birthday,” he wrote.

Austin is Derek’s son with his former wife Marry Christine Jolly. The two tied the knot back in 2002. In January 2020, the actor confirmed that their marriage is already nullified.

Currently, the actor is engaged to Ellen Adarna. The actress also took to social media to greet her fiancé’s son.

Austin’s birthday came a day after Derek and Ellen celebrated the latter’s son’s birthday with a Spiderman-themed  party.