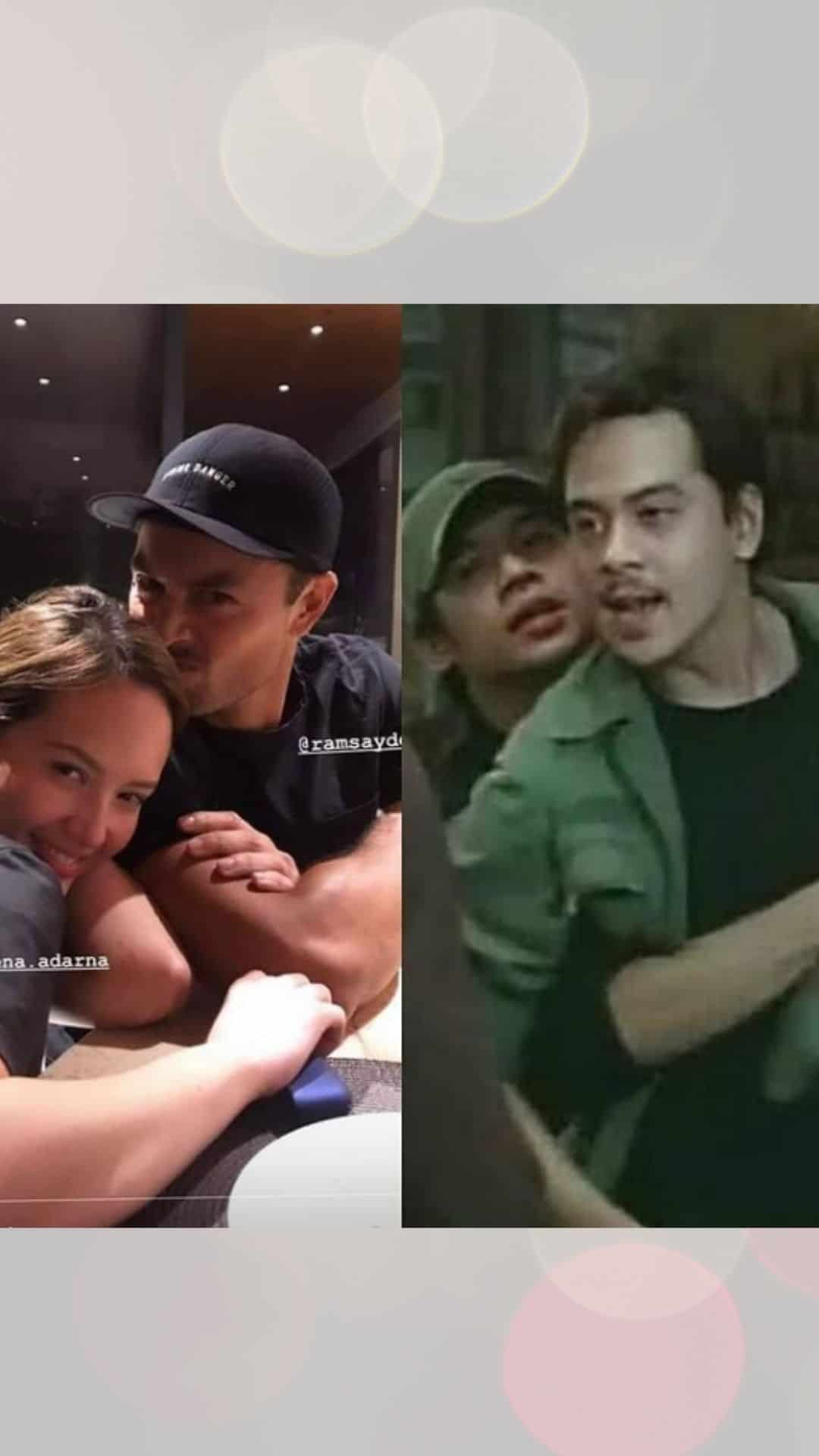 Remember the famous “three-month rule” scene from One More Chance? Here’s an “updated” version of it but with Ellen Adarna as Basha.

On Tuesday, actor Janus Del Prado brought laughter to netizens after he shared on Instagram a meme featuring a photo of him and John Lloyd Cruz from the 2007 film One More Chance, side by side with a recent photo of Ellen Adarna and Derek Ramsay.

Fans can easily recall the scene where John Lloyd’s character Popoy confronted Basha (played by Bea Alonzo) after seeing her with another guy (Derek Ramsay) just a few months after their breakup. Janus, who played the close friend Chino in the movie, tried to stop Popoy from making a scene.

These were some of John Lloyd’s memorable lines from the Cathy Garcia-Molina film.

Janus’ IG post came after Ellen and Derek made a buzz online, thanks to Ruffa Guttierez who shared on Monday IG photos and stories of them getting cozy with each other during a dinner hosted by the actor at his house.

Meanwhile, Ruffa seemed to be playing matchmaker as she shared more photos and stories on Tuesday.

“Bagay, in fair,” she teased the two in an IG story.

Ellen, on the other hand, reportedly ended her relationship with John Lloyd in 2019, explaining in a recent interview that they are “obviously not compatible”.

The two, however, are co-parenting their two-year-old son Elias.