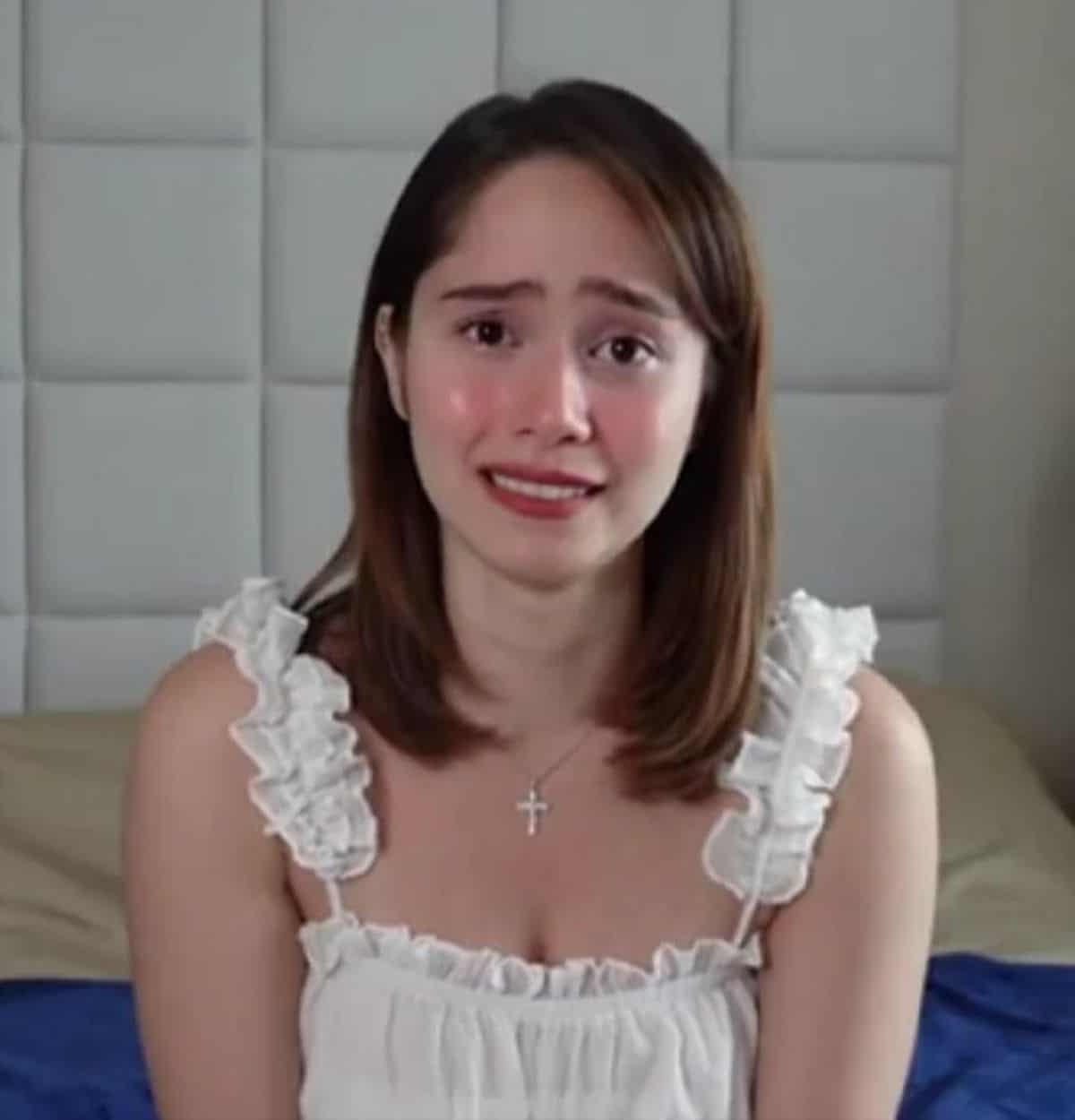 Jessy Mendiola is “saddened” that news of her being engaged to Luis Manzano was met with controversy over the engagement ring.

On Sunday, a day after the couple announced they’re going to wed after four years of being together, a local jeweler cried foul for not being credited as the “original creators” of the stunning diamond sparkler.

“It is unfortunate that a company would insinuate a work for something that they did not do. We feel the need to inform the public that this is our work,” Radiant Lux Jewelry said in a statement on Instagram.

“In our opinion, taking credit for something they did not do is detrimental to the industry that have ring makers who put their heart and soul to their pieces,” they added.

In a YouTube video on Tuesday, an emotional Jessy set the record straight “once and for all” on the rumors about her engagement ring.

Confirming an earlier statement by Luis, Jessy said that her TV host fiancé had an engagement ring made by Radiant Jewelry back in September 2019.

Jessy had the original engagement ring reset due to an “unfortunate” incident after she and Luis went through a rough patch that even led to a brief break-up in May.

During this time, a certain person from the company allegedly did something that eventually made Jessy ask another jeweler, Manila Diamond Studio, to change the ring’s setting into the final design she’s proudly wearing now.

Meanwhile, she didn’t name who this person was, only saying she was a friend.

“Unfortunately, maraming bagay ang nangyari. May 2020, Luis and I went through something to the point na naghiwalay kami. This person from Radiant Lux Jewelry was a good friend of mine. I trusted her, we both trusted her, Luis and I. We had good faith in her, that’s why siguro si Luis chose her to make my ring kasi friend ko siya. Well, she was my friend.”

“So ang nangyari, she was there for me, I was always with her and dumating sa point na, for whatever reason, I don’t know kung ano yun, she showed me the ring. And she opened the box in front of me, knowing hindi kami ayos ni Luis and she let me wear the ring.”

Jessy hinted at being so bothered by the incident, thinking about “what could have been. Kung okay kaya kami ni Luis, magpo-propose kaya siya? Kailangan bang umabot sa ganitong point na ibang tao ang magsasabi sa akin about the ring?

When Jessy reconciled with Luis, the latter still got the Radiant-made ring.

But since she already knew about it even before Luis got the chance to ask her hand in marriage, she said they were deprived of the excitement of a proposal experience.

Jessy continued, “Finally, when nakuha na ni Luis yung ring, don’t get me wrong ha, kaya ko pang patawarin tung taong ito eh because she was my friend nga. But after a few weeks, after a few days, she started messaging all of my friends, all of my family, saying na I treated her like a doormat, na dapat patawarin ko siya kasi ako ang may kasalanan. Di ko alam kung ano naging kasalanan ko, but if meron man, OK. But do you really have to go this far? Do you really have to do this?

Still, it took Luis months to propose after the reconciliation because she had to “heal” from what happened earlier.

“Now, we will never ever get the chance to finally feel how an engagement or proposal would feel like. Wala na kaming ganun,” she lamented.

Luis finally popped the question in October, a moment Jessy described as private, simple, heartfelt and genuine. Despite knowing beforehand about the plan and the ring, she readily said yes because the “purpose behind it is more important.”

They later on decided to “reenact” their engagement via a prenup photoshoot in the island-paradise in Amanpulo, Palawan because “that’s the closest thing we could ever get to the real thing.”

It was while they planned their prenup shoot that she thought of having the ring reset.

She then sought the help of Manila Diamond Studio whom she said was “kind enough” to rework the ring in her effort to “erase negative vibes” of the first design.

“Please do not just take the credit on your own. We both designed the ring. Hindi kami nagsalita before kasi ayaw namin manira ng business ng ibang tao. Kahit masakit yung ginawa mo sa amin, we would never, ever want anyone to suffer because of such a little thing, because of a diamond.”

She also showed during the video the differences between the first and final rings.

Jessy then responded to the hate comments they received over the controversy.

“Sa lahat ng nagpopost ng nasty comments at nag-dyu-judge kay Luis, samin, because of a tiny thing like a diamond, I will pray for you because I would never want someone to suffer, I would never wish ill on someone.”

Jessy hoped her video would put the issue to rest as she and Luis begin their journey to marriage.

Radiant Jewelry has yet to react on Jessy’s video statement.