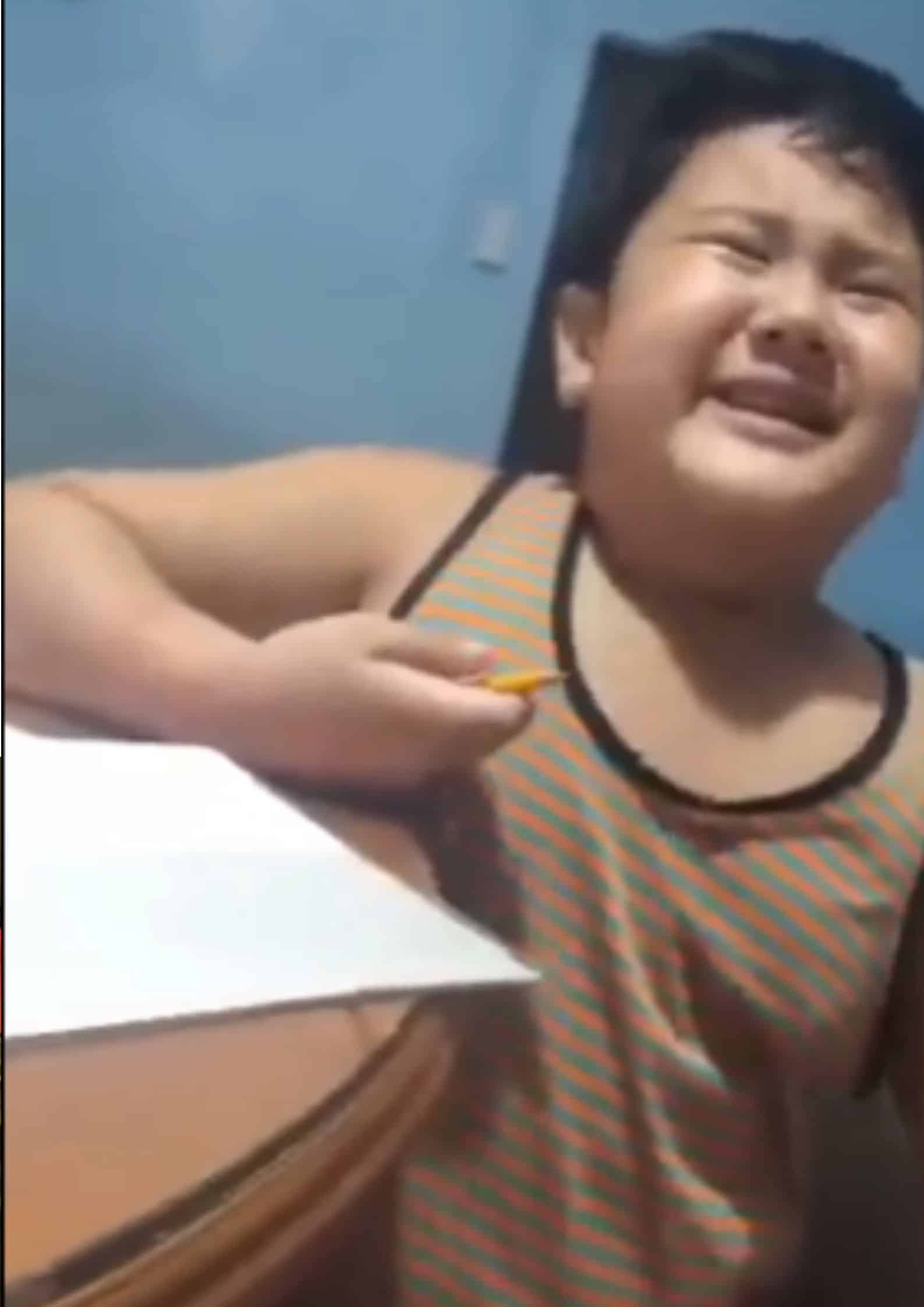 This video of a five-year-old kid from Quezon City went viral online after he was seen crying over his “long name” and asking his parents to have it changed.

Drayven Thomas Valdez, the little boy in the video, poured his heart out to his mom and dad while complaining about having “too many” names to write for his school homework.

In a message to STAR’s Latestchika.com, Drayven’s dad Ray shared that the homework required his child to write his full name on one whole page of a notebook.

Drayven was named after his father, his late grandfather Ruben and maternal great-grandfather Thomas.

“Gusto ko na bawasan pangalan ko,” expressed the young boy in the video after he got tired of writing it down the first time.

He even spelled out his name, and later exclaimed, “Dami ng pangalan ko, Lord!”

Since Drayven’s parents are working full-time, they are able to help him with his assignments and modules at night. Drayven attends a private tutorial session in the morning and an online class in the afternoon.

Meanwhile, in another Facebook post, Ray joked about having a baby girl named G Valdez, to avoid the same situation in the future.

The less than two-minute video has already generated more than 30,000 reactions and one million views to date.