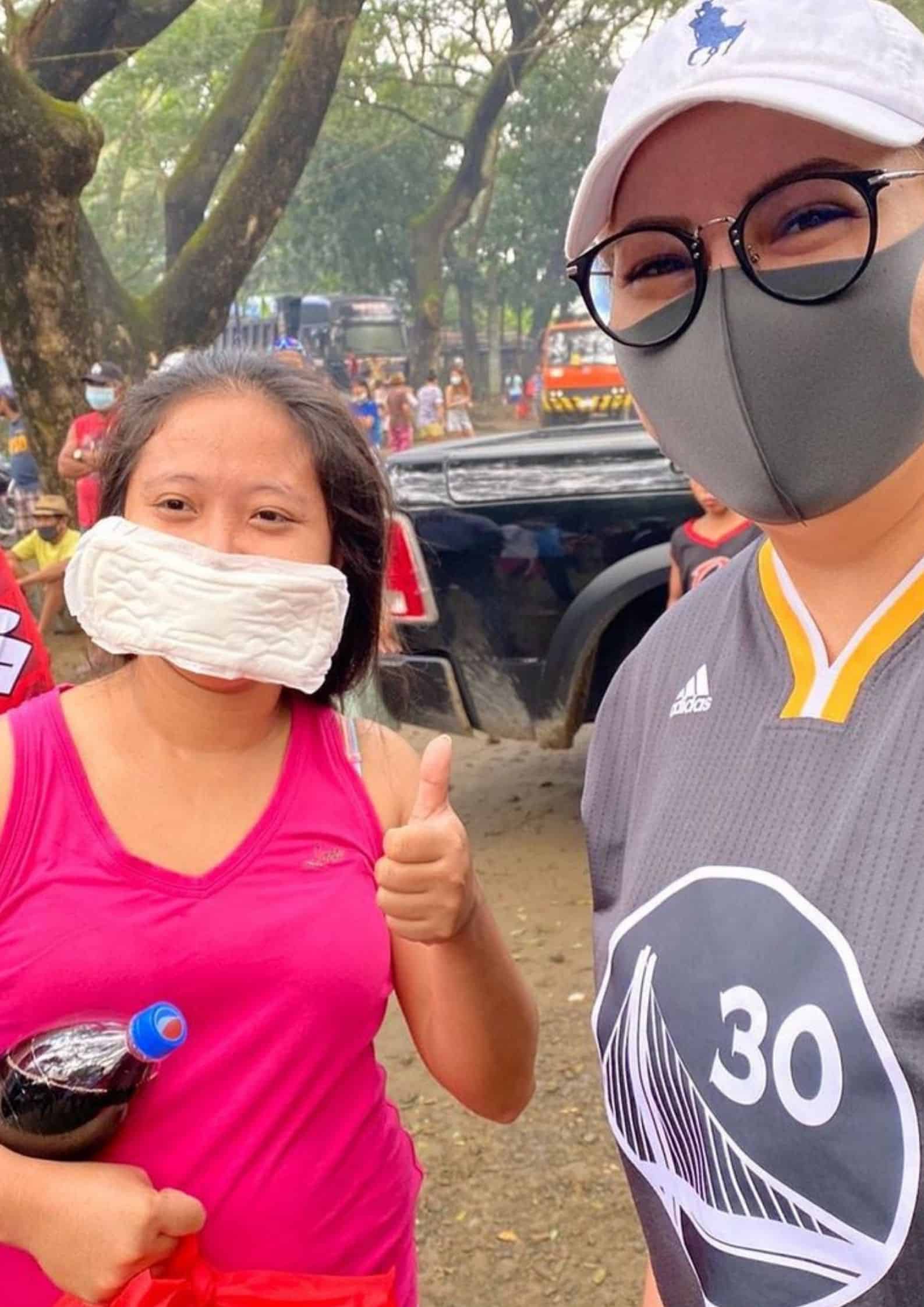 Karla Estrada was surprised but impressed by a mother who used a sanitary napkin as an improvised face mask during a distribution of relief goods in Montalban, Rizal.

The Kapamilya TV host commended the woman for going out of her way just to get the relief packs for her family.

In a separate post, the Magandang Buhay host indicated that Rizal was just the first stop of their relief distribution initiatives.

The province is one of the areas most affected by Typhoon Ulysses.

Karla earlier shared clips of her family and their supporters packing relief goods for typhoon victims.

Fans of her son Daniel Padilla and girlfriend Kathryn Bernardo earlier called for donations to help the affected families.