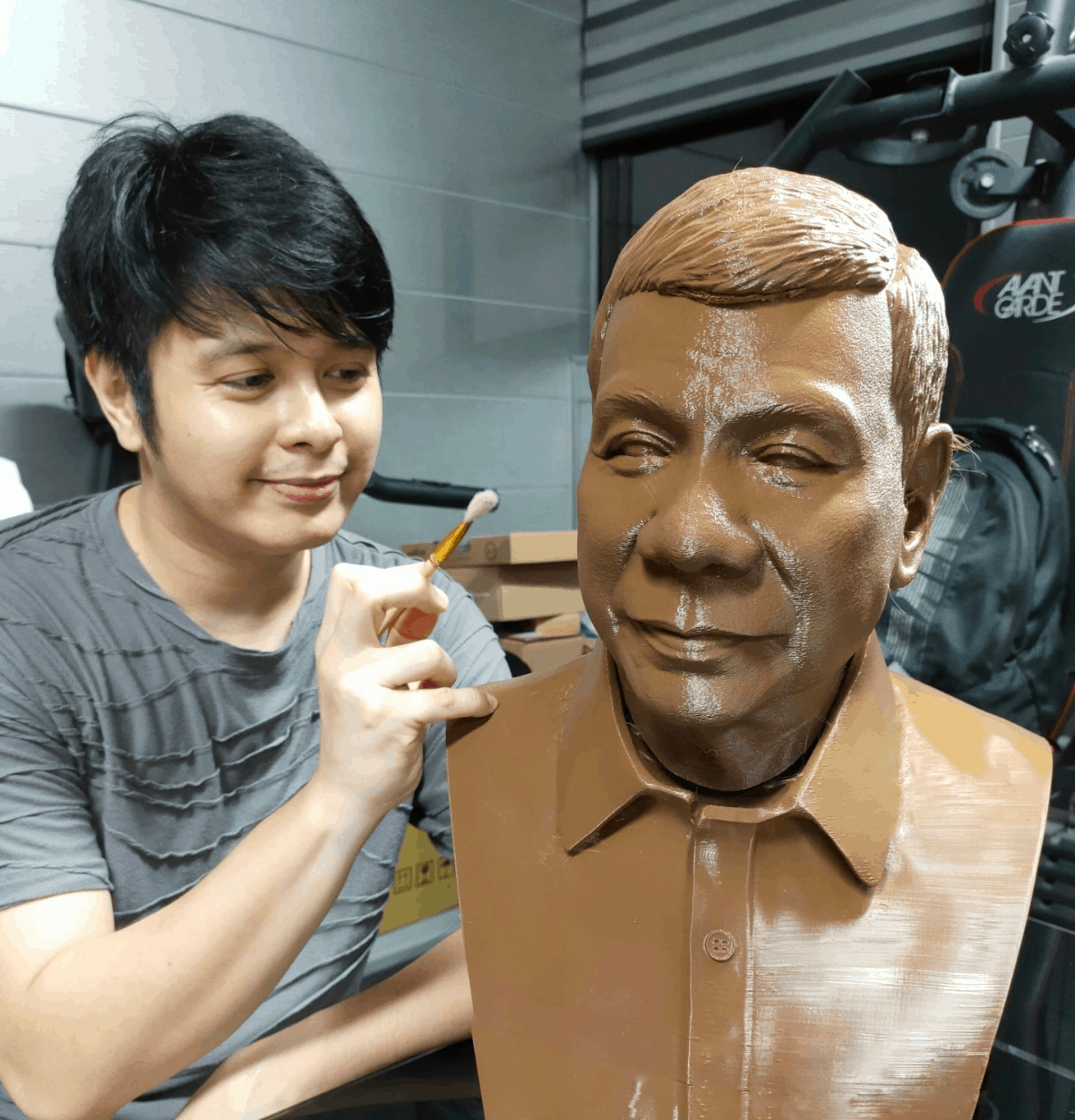 Toy collector and curator Yexel Sebastian flexed on social media the 3D-printed bust he made of President Duterte.

In a recent Facebook post that has since gone viral, Yexel shared a photo of him painting the bust.

Yexel told STAR’s Latestchika.com that there are actually two versions. One goes to his toy museum and the other to be given as a gift to Duterte.

“(Material is) 3D print then i-convert to resin,” he said.

According to him, the bust-making process lasts more than 10 days. This included the making of the 3D model through a computer, printing, sanding and painting.

Yexel also responded to some critical comments not happy with his choice of subject.

Yexel was previously in the news for selling his jaw-dropping Iron Man “Hall of Armor” collection for P1.4 million.

The armors were seen in the Iron Man and Avengers Phase 1 films of the Marvel Cinematic Universe.

In a GMA News report, Yexel said that sales from the life-sized toys will be used for the building of his dream museum.

The content creator currently runs Yexel’s Toy Museum in Las Piñas. He used to have other museums but they have since shut down.

He is the brother of the late Internet star Jam Sebastian.