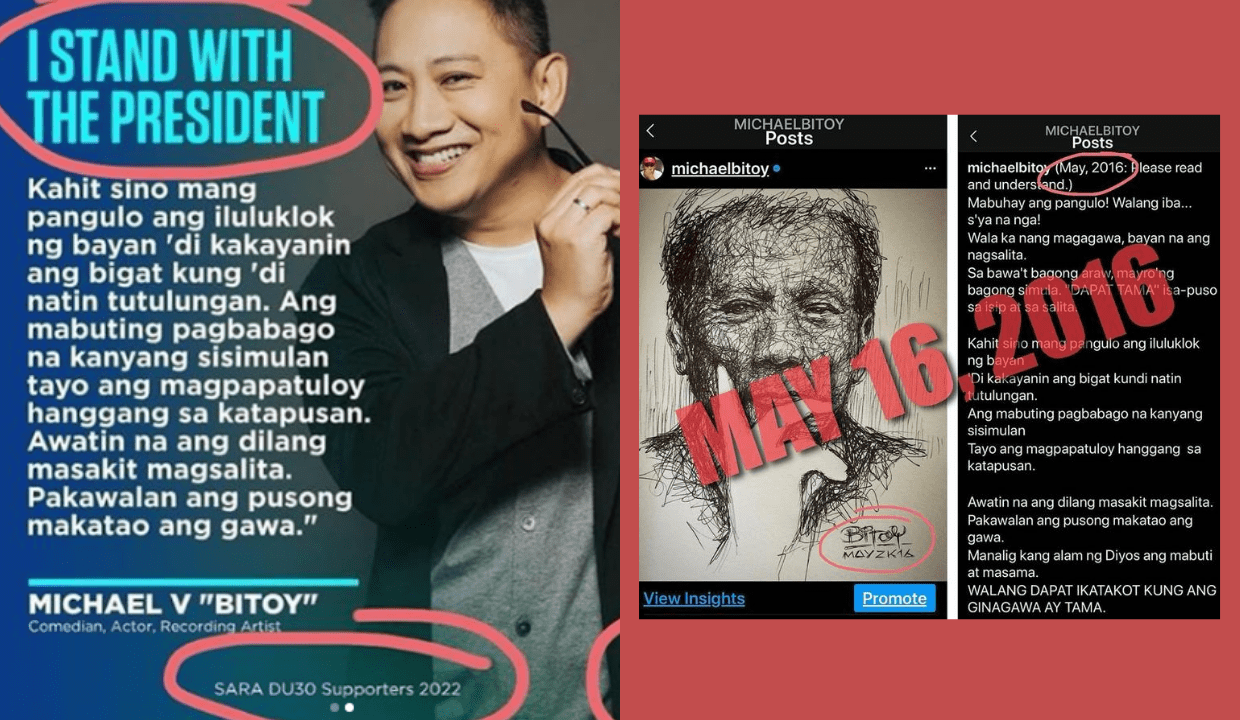 Michael V has addressed yet another “fake news” of him on the internet.

On Thursday, the actor-comedian did a fact-check and clarified that a certain “I Stand With The President” quote card of him now circulating online referred to an old social media post of his.

The quote card carried a couple of lines from a statement he made when President Rodrigo Duterte won in the 2016 national elections.

As proof, Bitoy shared a screenshot of the original Instagram post which showed the comic’s sketch portrait of Duterte and his then message urging the public to accept and respect the election results.

He stressed, “To set the records straight, it’s NOT A RECENT POST.”

The Kapuso comedian also pleaded with the public not to use his old statement as a campaign material for the 2022 national elections.

“I have no problem with people using it for the right reason pero HUWAG PO NATING GAMITING CAMPAIGN MATERIAL,” said Bitoy.

The “fake” quote card was originally posted on Facebook by SARA DU30 Supporters for 2022, a page created by a group of people rooting for Davao City Mayor and presidential daughter Sara Duterte to join the presidential race in 2022.

Bitoy earlier denounced fake news of his supposed death due to COVID-19, which surfaced just mere hours after announcing that he tested positive for the disease.

Michael V pens heartfelt tribute to Francis M on his...

Angel Locsin dispels ‘fake news’ she will run for senator

Michael V writes birthday message for his ‘better half’ Ogie...