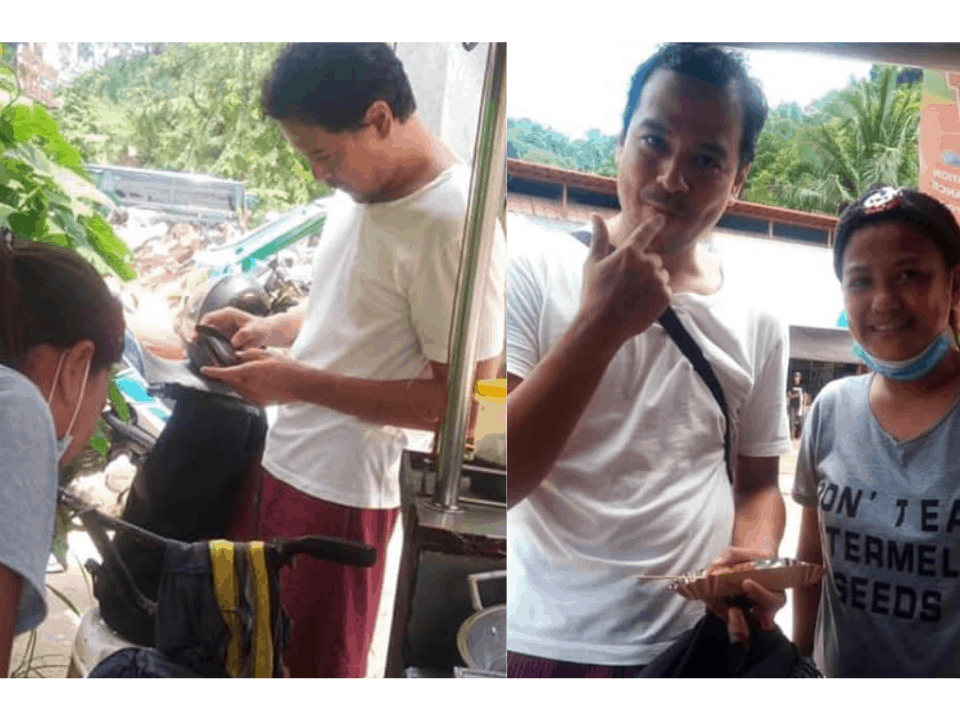 John Lloyd Cruz was spotted continuously living a simple life away from the limelight.

The official Facebook fan page of the actor recently shared photos of him wearing white shirt and maroon shorts, enjoying some street food and gamely taking photos with fans in Palawan.

In September, Palawan News reported that the actor flew from Manila to the popular resort destination of El Nido, Palawan with his manager and architect to take care of things related to the house he is building and his other businesses in the town.

The report added that John Lloyd and his companions followed safety protocols such as undergoing COVID-19 RT-PCR tests and observed a 14-day quarantine for their month-long stay.

Meanwhile, fans have also been sharing pics of John Lloyd who gamely posed for selfies with them.

Nevertheless, this is not the first time that the actor was caught doing what ordinary citizens do.

John Lloyd was also spotted riding a jeepney, buying durian at a fruit stand, eating balut along a sidewalk, all after taking an indefinite leave from showbiz in 2017 “to attend to personal matters.”

It was later on revealed that he and Cebuana actress Ellen Adarna were having a baby they would name Elias Modesto.

They have since broke up and are co-parenting, according to reports. John Lloyd spent most of the coronavirus lockdown in Cebu City to be close to his son. (READ: John Lloyd Cruz emerges from hiatus to thank COVID-19 frontliners for their service.)

Despite the indefinite hiatus from showbiz, he managed to do an experimental reunion project with former love team partner Bea Alonzo.

It turned out their kilig online exchanges were a scripted performance of Antoinette Jadaone’s Love Team, a love story designed to be told in one of the most-used platforms, Instagram, in this time of quarantine. (‘Scripted, but…’: John Lloyd-Bea kilig online exchanges explore uncharted territory of ‘unconfined cinema’).

Previously, One More Chance director Cathy-Garcia Molina revealed that a John Lloyd-Bea Alonzo movie reunion is still happening but the filming was put on hold due to the pandemic.

John Lloyd is single dad looking for true love in...